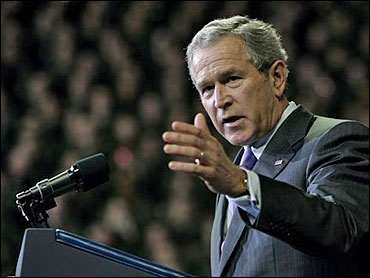 A sixth championship this decade is just one victory away.

It all added up to an 86-82 victory over the Utah Jazz in Game 4 of the NBA Finals, giving the Bulls a 3-1 lead and a chance to win the title on their home floor for the third straight year when the series resumes Friday night.

Jordan finished with 34 points, Pippen had 28 and Rodman grabbed 14 rebounds in his best game of the series.

"We're in the driver's seat now," said Jordan, who along with other star Bulls could be gone after this season.

The Jazz were again hurt by the disappearance of Karl Malone in the fourth quarter. In his third poor game of the series, the Mailman didn't score in the fourth until nine seconds remained -- way too late for the Jazz.

Utah actually lost this one over the final three minutes.

After showing some life when it looked like they were dead by coming back from a seven-point deficit and tying the game, the Jazz couldn't sustain the run and make the big plays when they most mattered.

Just like in Game 2, the Jazz allowed Chicago to grab nearly every important offensive rebound, including seven by Rodman and five by Pippen.

"We want it bad," Pippen said of the title. "They're putting us through a tough series. It may not look like it when the results are in, but these are tough games."

Jordan had two late spin moves on Shandon Anderson. The first gave the Bulls the lead for good; the second gave Chicago a three-point lead with 1:38 left.

Jordan shot an airball with 48 seconds left, but Malone was called for a loose ball foul when he got tangled with Rodman. The Worm calmly sank both shots, making it 81-77 with 43.8 seconds left, and Utah couldn't recover.

John Stockton drove for a reverse layup and missed, and the ball was batted around by four players until Ron Harper grabbed it. Toni Kukoc was fouled and made both shots with 26.6 second left, upping the lead to six.

That was pretty much the end for Utah, which now faces a nearly impossible task.

Only six teams in NBA history have come back from 3-1 deficits, although it has never happened in the finals.

And the Jazz will have to find a way to win on Chicago's home court, where the Bulls haven't lost in the finals since 1993.

The Bulls, whose home winning streak reached seven games, have won their last 26 playoff series when they led after three games.

Other than Jordan and Pippen, no onelse reached double figures for Chicago. Kukoc had eight points and Harper and Rodman had six each.

The Jazz, unable to run their offense smoothly because of Chicago's size and tenacity on defense, shot only 42 percent and also had just two players reach double figures.

Malone was Utah's leading scorer with 21 points, and Bryon Russell reached 10 by making a meaningless 3-pointer at the final buzzer.

The Jazz didn't reach 54 points -- their infamous total from Sunday night's record-setting loss -- until Howard Eisley made a free throw with 38.4 seconds left in the third.

Eisley's second free throw pulled Utah to 58-55, but Pippen responded with a 3-pointer -- his fifth of the night -- to help give the Bulls a 61-57 lead entering the fourth.

A pair of foul shots by Luc Longley gave the Bulls another seven-point lead early in the fourth. Shandon Anderson's three-point play cut it to four, and Stockton's jumper with 6:45 left made it 68-66.

A minute and a half later, Anderson drove for a layup, pulling Utah within one, and Stockton fed Chris Morris for a fast break layup with five minutes left that gave the Jazz their first lead since the first quarter, 70-69.

Jordan and Morris traded baskets before Jordan scored on another spin move. Morris missed a 3 and Hornacek committed a loose ball foul, leading to a free throw by Pippen that made it 79-75 with 1:21 left.

Hornacek's corner jumper with his foot on 3-point line with 1:05 left made it a two-point game again, but that was as close as Utah would get.

Pippen made three 3-pointers in the first quarter when he and Jordan combined to score 19 of Chicago's 21 points. Malone had 11 for the Jazz, who trailed 21-19 at the end of the quarter.

Jordan scored six more points in the second quarter, including a finger-roll layup at the buzzer that gave Chicago a 39-37 halftime lead.