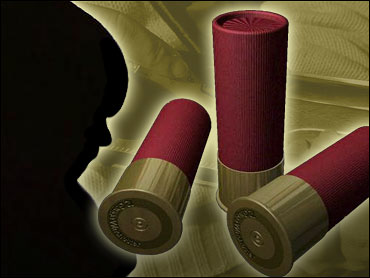 The New York Times recently ran a story about a movement to encourage younger and younger kids to hunt. This is not just a program to teach young children gun safety or how to participate in target shooting. Some states have a minimum age of 12 for hunting. This movement thinks 12 is too old, and would like to get as many grade school kids as possible out there hunting animals. It is spearheaded by a hunter named Kevin Hoyt. Since it was presented as a news story in The New York Times, they didn't take a position or judge it. Since this is on our Opinion page, I may take a position: This is crazy!

Fourth-grader Samantha Marley won a free "dream hunt" from the generous Hoyt. For three days, she hunted with Hoyt. Other kids go to Disneyland or visit Washington, D.C. She got to shoot animals.

There are about 2 million fewer hunters today than twenty years ago. Some people see this as a bad thing. One of Hoyt's hunting buddies says, "Hunters should be included as an extinct species because we're falling away so fast, we need to be protected." Somehow, I don't have the same sympathy I have for whales or elephants as for the "endangered species" of the camouflaged deer hunter.

You might think that even though Hoyt sees nothing wrong with six-year-olds hunting, he would at least believe that if a kid is still in diapers, he's too young to take hunting. Not so. He proudly tells of taking his two-month-old son deer hunting. He wore the kid in a backpack as he shot a deer. He explained that he was "stuck" home babysitting, but felt like hunting. (And many of you thought Michael Jackson dangling that baby out of the hotel window was child abuse). I understand that sometimes parents may feel "stuck" and maybe bored while they sit with a baby. But is getting out the old shotgun the only alternative? How about playing games? How about reading the kid a story? Or, I guess he could've taught the baby how to juggle knives.

The idea is to recruit hunters at a young age, and then they'll be hunters for life. The tobacco and liquor industries have used the same approach for years. The difference is that tobacco and liquor can take years to kill, but hunting can do it instantly.

This movement to arm young kids and teach them to hunt is not just the goal of a few individuals. The National Shooting Sports Foundation, the U.S. Sportsmen's Alliance, and the National Wild Turkey Federation have started an organization called Families Afield, to lobby states to lower the age at which children can hunt and loosen the requirements that say a young hunter must be accompanied by a parent. On one of their Web sites, these folks bemoan the fact that because of these rules, kids are discouraged from hunting and "more and more youngsters are settling into other activities like video games and organized sports." Wow, sure wouldn't want them playing baseball instead of drawing a bead on a moose.

Getting back to nine-year-old Samantha, sounding like the kid she is, she says, "Almost anything you hunt is pretty fun." She and her dad are proud of the fact that she shot her first deer when she was seven, and bagged her first turkey the same year. Both animals are trophies on a wall at home. This is America, so I guess your kid can hang whatever he or she wants to in your house. But personally, I like the idea of a kid's drawings being hung on the refrigerator, rather than a kid's killings being hung on the wall.