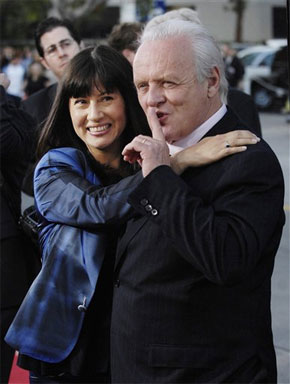 Brian Brown has been a bit player on teams that went to a Final Four and shared a Big Ten title, but those highlights have been pushed to the back of his memory bank.

"This is the biggest win of my career because we don't have the talent we had before," Brown said after scoring a career-high 25 points in Ohio State's 64-55 victory over No. 3 Michigan State.

The Spartans (16-2, 5-2), who had won their last four games, would have tied Illinois for the Big Ten lead with a victory.

The upset came six days after defending national champion Michigan State dominated the Buckeyes in the second half to win 71-56 in East Lansing.

"Brian was terrific. Playing all 40 minutes says it all - we didn't think we could afford to take him out," Ohio State coach Jim O'Brien said. "His floor game was great, his game awareness and his presence throughout the whole game was marvelous."

Bewildered all day by Ohio State's 2-3 zone, Michigan State never got closer than seven points after the Buckeyes scored the final four points before halftime and 12 of the first 14 points in the second half.

"Coach told us if we got them in a halfcourt set, we could defend them," Brown said.

The Spartans' Andre Hutson scored 17 points and Jason Richardson had 11 all in the first half before fouling out. The starting backcourt of Charlie Bell and Marcus Taylor combined to hit just 5-of-21 shots from the field and totaled 14 points. Bell was battling the flu.

"We got a lesson in how to play hard," Michigan tate coach Tom Izzo said. "Ohio State got exactly what they deserved. They played better defense than us."

Ohio State was outrebounded 36-27 in the previous meeting as the Spartans piled up 20 offensive rebounds. That was without starting center Hutson, who was recovering from pneumonia.

Then, on Wednesday night, Ohio State shot just 25 percent from the field and lost 57-41 at No. 19 Wisconsin.

"Today was huge for us," O'Brien said. "We had not beaten a team that was ranked. Any time you beat somebody in the top five it goes a long way toward people noticing you."

Michigan State had already weathered an eight-minute span without a point but was tied at 22 late in the first half.

Brown gave the Buckeyes the lead for good with a pair of free throws and Tim Martin added two more to put the Buckeyes ahead 26-22 at the break.

Four players scored in the 12-2 run at the outset of the second half as Ohio State built a 38-24 lead by the 15:10 mark. Michigan State was unable to get out and run and had difficulty getting inside against the Buckeyes' Ken Johnson, the nation's top shot-blocker a year ago.

"We wanted to pressure the ball. We thought if we kept them out of the transition game, we would be OK," Darby said. "Our poise was so much better today than it was last Sunday."

The Buckeyes led by as many as 16 points on Darby's 3-pointer with 13:52 left before Michigan State regrouped to cut the lead to eight on three occasions.

"We played tough especially down the stretch," Brown said.

The Buckeyes frittered away leads in several games this season, and O'Brien said they proved they had learned from those problems.

"We were every bit as tough as we've ever been since I've been at Ohio State," the fourth-year head coach said.

The Spartans missed nine consecutive shots from the field and had five turnovers in an eight-minute span as Ohio State turned an 11-6 deficit into a 15-11 lead in the first half.

Michigan State hit five of its first six shots from the field, but made just 16 of 47 (34 percent) the rest of the way.