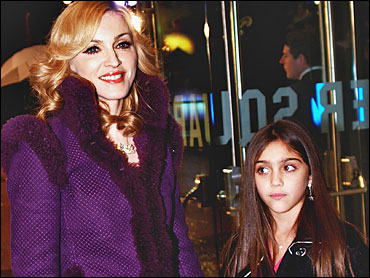 The Denver Broncos lost another Pro Bowler to injury when tight end Shannon Sharpe fractured his collarbone, yet somehow managed to finally win a game in the post-John Elway era.

Brian Griese, the last-minute replacement for his own replacement, did a pretty decent Elway impersonation as the Broncos blew a 13-point halftime lead before bouncing back to win 16-13 over the Oakland Raiders on Sunday.

Griese, benched earlier in the week but forced back into the starting role by Bubby Brister's rib injury, threw for 234 yards and led the Broncos (1-4) on an Elway-like drive at the end of the first half.

"We lost Shannon, we didn't have Terrell (Davis), we could have had a lot of reasons, all sorts of excuses, to lose," Griese said. "But I think this team is tired of that."

Denver held the Raiders (2-3), who entered the weekend with an NFL-best 148 yards per game on the ground, to 55 yards rushing. The Broncos also had six sacks.

"We have to put this nightmare behind us," offensive guard Gennaro DiNapoli said of the Raiders, whose three losses have been by a total of eight points. "We're going to be fighting an uphill battle."

But the victory came at a huge cost to the Broncos, already missing running back Terrell Davis and linebacker John Mobley for the season. Sharpe, a seven-time Pro Bowler, was knocked out of the game late in the third quarter.

Sharpe, who was held without a reception in the game, was hit by two defenders and then landed hard on the grass. Broncos coach Mike Shanahan said he expects Sharpe to be out 7-9 weeks.

"It seems like there's still a hex on us," Denver defensive tackle Trevor Pryce said. "We lost Shannon. There's something going on. But we keep fighting through it. And that's what you've got to have, man."

Griese, winless as a starter in the first four games of the season, got his job back when Brister who strained an oblique muscle in his left side during a passing drill Friday felt pain during warmups before Sunday's game.

Griese went 17-of-29 and drove the Broncos 57 yards in 40 seconds late in the first half for their only touchdown.

"He was thrust into a tough situation and responded," Raiders coach Jon Gruden said. "He played magnificently."

Rookie Olandis Gary had 20 carries for 64 yards for Denver. He was a late replacement for Derek Loville, who was slated to replace Davis but strained his left hamstring during the week.

Elam gave the Broncos a 3-0 lead with his 48-yarder midway through the first quarter. Elam added his 47-yarder late in the second period, after the Raiders failed on fourth-and-1 at the Denver 14.

Husted missed a 53-yard field goal with 56 seconds left in the half, and Griese was 4-for-4 as he marched the Broncos down the field.

Griese completed a 7-yard pass to Ed McCaffrey, a 33-yarder to Smith and a 14-yarder to third-string tight end Byron Chamberlain to get the ball to the Oakland 8. Griese ran to the 3, then found Smith alone at the back of the end zone.

Trailing 13-0 at halftime, Oakland left the field to a chorus of boos.

The Raiders broke a 62-minute scoring drought, extending back to the third quarter of their loss a week earlier at Seattle, when Gannon lofted a scoring pass to Walker with nine minutes left in the third period.

Husted's 47-yard field goal made it 13-10 and a 78-yard punt return by former Broncos player Darrien Gordon set up the tying field goal, a 19-yarder by Husted on the first play of the fourth quarter.

Denver responded with an 11-play drive, culminating in Elam's 26-yard field goal. The drive included a 15-yard penalty on Raiders linebacker Greg Biekert for a late hit on Griese.

Oakland's final drive ended when Tory James intercepted a pass by Gannon, who went 25-of-36 for 248 yards.