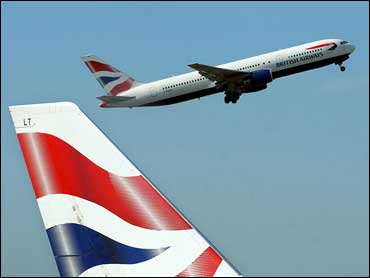 British Airways PLC is shedding 1,000 jobs, putting 3,000 more employees on part-time work and reducing the size of cabin crews at Heathrow in an effort to get the troubled airline's finances back in order, a spokesman said Tuesday.

BA spokesman Paul Marston said the company was in "a very serious financial position" and was working hard to turn itself around with an aggressive cost-reduction program. The job losses and part-time work, which he said were voluntary, would be the equivalent of cutting 1,700 positions. He declined to say how much the airline hoped to save from the cuts.

Marston said BA, which expects to see a "significant loss" for the second year running, needed to make changes in order to secure its future in an airline market which is likely to remain grim for some time.

"We do not see any green shoots of recovery just right yet," he said.

UNITE, the British union which represents most of BA's 14,000-member ground crew, said the news was "a bolt from the blue."

"We've been looking for a negotiated solution since the spring," UNITE spokeswoman Pauline Doyle said, adding that the union had proposed millions of dollars of savings to management. "Those proposals we put to the company were thrown back at us."

"They're going to try to get more and more out of fewer and fewer people for less and less money," she said.

BA said the changes - which come into effect in the middle of November - were needed to ensure the company stayed alive.

"Without changes, we will lose more money with every month that passes," a company statement said. "It is essential we make ourselves more efficient if we are to ensure our long-term survival."

The airline added that it was "not altering anything that requires negotiation."

The economic downturn has hit carriers like BA particularly hard as individual travelers and companies balk at paying for a seat in first or business class, particularly on short-haul flights. The airline posted a 94 million pound ($150 million) quarterly loss in July. Earlier that month, the airline announced plans to raise 600 million pounds to help it plug its deficits and convinced pilots at the airline to agree to a 2.6 percent pay cut.

U.S. airlines have also suffered amid the souring economy, higher fuel prices, and other issues.

Atlanta-based Delta Air Lines Inc., the world's biggest airline operator, said in June that its staff levels would be down more than 8,000 jobs by the end of 2009 compared to spring 2008.