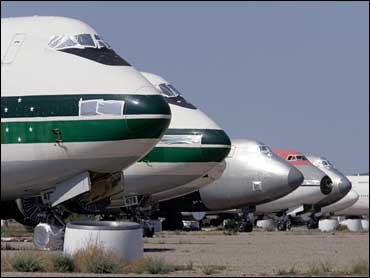 As the holidays approach, some people might say "Ho, Ho, Ho!"

Greenberg's been talking about this all summer long, predicting airfares would rise. Well, he says, they have -- and in a big way.

But on "The Early Show," Greenberg shared advice to help you if you haven't booked your flights yet:

The law of supply and demand is definitely not working in consumers' favor this holiday season. Airlines have shrunk their fleets, there are fewer planes, fewer flights, and that has intersected with an increase in demand.

Meanwhile, Orbitz.com is reporting that, on peak travel days between Wednesday, Nov. 24 and Nov. 30, flights between New York and Los Angeles are about $457, up 9.1 percent from last year. Chicago to San Francisco? About $414, up from $337 last year.

So the question is, how badly do you want that turkey? And how much are you willing to pay to get there?

If you do have to travel on the holidays, here are some tips to get you through it:

Avoid peak travel dates like the Wednesday before Thanksgiving and the Sunday after. Instead, try flying on the Tuesday before or Thanksgiving Day itself and returning the following Monday or Tuesday. Around Christmas, the most-traveled days are usually Dec. 23 and Dec. 26. So head out on Christmas Eve and return on New Year's Eve.

Look at alternate airports, which are frequently served by low-cost carriers and are often less crowded.

So, think Midway or Milwaukee over O'Hare, Burbank or Orange County over LAX, Providence instead of Boston, Islip on Long Island instead of LaGuardia, and Oakland or San Jose instead of San Francisco.

You might also find better deals on flights that make at least one stop -- but be careful. What the airlines sometimes consider a "legal" connection time (sometimes as little as 30 minutes) is meaningless during peak periods, when delays are common. You must give yourself at least 90 minutes between flights. With every flight full, if you miss your connection, you're probably not going to get to your destination in time to cut the turkey or, over Christmas, to open the presents.

Consider alternatives such as the train or even the bus. It's far more affordable and, on trips under 300 miles, it makes a lot of sense.