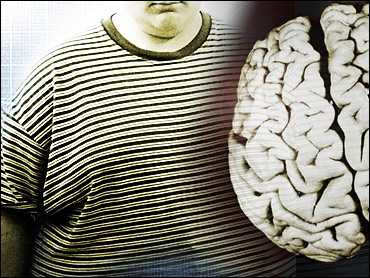 Scientists say an enzyme in the brain that monitors energy in cells also appears to regulate appetite and weight, a discovery that could lead to new treatments for obesity.

The enzyme is known as AMP-activated protein kinase, or AMPK. Its activity is regulated by the hormone leptin, which previously was linked to appetite suppression.

Harvard researchers found in experiments with mice that when AMPK was inhibited, the animals ate less and lost weight. When AMPK levels were boosted, the mice ate more and gained weight.

Barbara B. Kahn, the lead author of the study, said the work identifies a new leptin signaling pathway and a promising new target in humans.

"It will affect drug development and approaches for new preventions and treatments," Kahn said.

The study appears Wednesday in an online version of the journal Nature.

Dr. David Cummings, a University of Washington obesity researcher who was not involved in the work, said the findings complement recent work in Britain in which the hormone ghrelin, an appetite-stimulating hormone, also was found to affect AMPK levels.

Almost a third of American adults are obese, up from 14 percent a generation ago, according to government data. Only a few prescription weight-control drugs are on the market, and they produce only modest weight loss, either by using suppressing appetite or by preventing the body from digesting and absorbing fats.

Some researchers believe AMP-kinase might be more effective in weight control than leptin because its works more directly on appetite signaling at the end of the biochemical pathway in the brain. Clinical trials on human patients will take years to complete, researchers said.