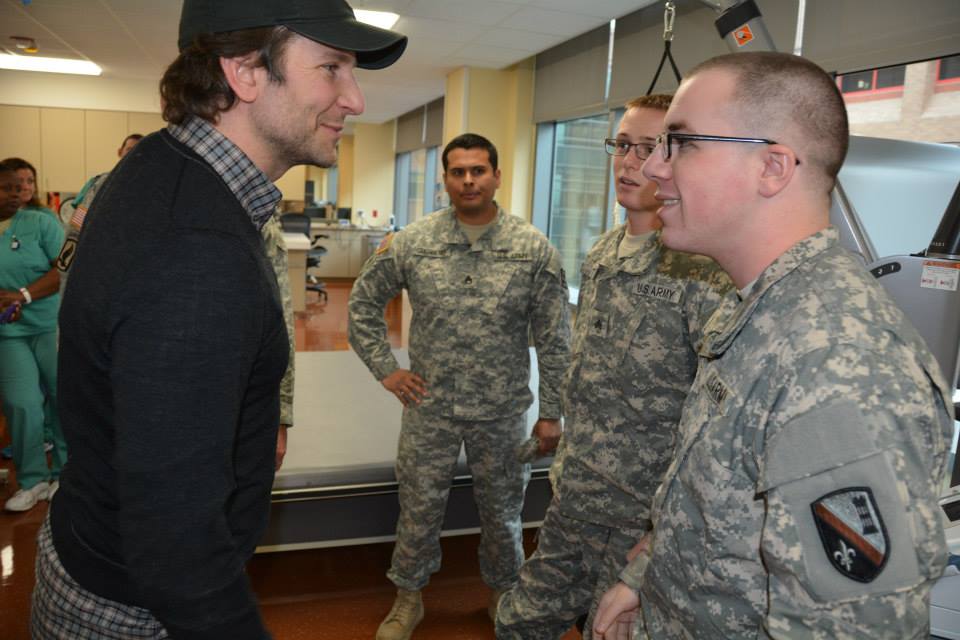 Troops at the Brooke Army Medical Center got a big surprise after a screening of the new film "American Sniper" -- a visit from Bradley Cooper himself.

About 260 service members and staff were invited last week to a preview of the film, based on the life of U.S. Navy SEAL Chris Kyle, at the San Antonio, Texas, facility last week, according to a press release.


As the film played, Cooper visited with patients at the hospital, where he handed out signed movie posters and T-shirts. When the film ended he made his way to the auditorium, where the crowd "erupted in cheers."

The Oscar-nominee was joined by Kyle's father, Wayne Kyle, and two veterans, Bryan Anderson and Jacob Schick, who were also in the movie, and took questions from the audience about preparing to play Kyle in the film.

"Making this movie was a life-changing experience," he said, according to BAMC. "I was terrified when I started. I didn't know if I could actually get to a place where I would believe that I was Chris [Kyle]."

Following the question and answer session, Cooper visited an inpatient ward to meet with an amputee patient and sign more autographs.

"American Sniper" is up for six awards at next month's Oscars, including best picture and best actor for Cooper. It has also been the subject of some controversy as of late, with celebrities and veterans joining in on the debate over the film.