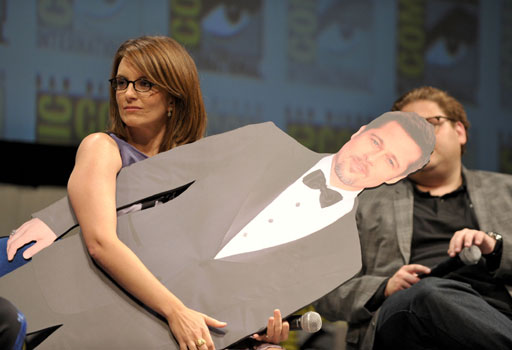 NEW YORK (CBS) Tina Fey and Brad Pitt are co-stars in the upcoming animated film "Megamind," but the two never met in person because they recorded their lines separately.

But if Fey has her way, she'll meet Pitt sooner rather than later.

Fey also posed with a cardboard cutout of the actor at Comic-Con, during the panel for "Megamind." The film, which opens in theaters Nov. 5, stars her, Pitt (the non-cardboard version), Will Ferrell (who dressed up for the panel) and Jonah Hill.