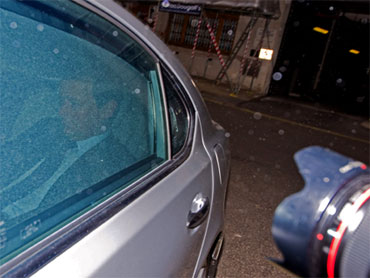 The board of oil giant BP faced a decision Monday on whether to keep Tony Hayward as its chief executive, although deliberations appeared to have narrowed to setting the terms for his departure.

In a statement Monday to the London Stock Exchange before trading began, BP said that "no final decision" had been made about possible management changes, which apparently include reports that Hayward is on the way out.

Responding to widespread reports that Hayward was to resign after a Monday morning board meeting, the company rescheduled the meeting for later in the day, saying it would take place Monday evening.

British media reports said the embattled CEO's resignation was still expected to follow the gathering in London. However, a statement from BP's headquarters said no further announcements would come on Monday, casting doubt that the official news was imminent.

Hayward was seen arriving Monday morning at BP headquarters for what could be his last day on the job.

The one-day board meeting comes a day before BP announces earnings for the second quarter: An expected $5 billion, reports CBS News correspondent Tony Guida. That's plenty to pay off Hayward's severance and pension totaling nearly $17 million. But those profits are swamped by the amount BP has set aside for Gulf claims and clean-up

Last week the company said its containment and cleanup costs to date have totaled approximately $3.95 billion. The company has also agreed to create a $20 billion fund to pay out claims arising from the disaster, which has decimated the Gulf Coast.

BP's earnings report is expected to include preliminary provisions for the total cost of the Gulf disaster, which analysts say could be as high as $30 billion.

A change in leadership (which must be approved by BP's board) will not change the mammoth tasks ahead for BP, from stopping the offshore oil gusher for good, to cleaning up the millions of gallons that have already leaked, to paying billions in claims - all while defending its stock price and repairing its battered reputation.

After a series of blunders, Hayward has become the battered face of BP's efforts to contain the Gulf of Mexico oil spill and clean up the damage. He was called back to London a month ago after a bruising encounter with a Congressional committee and has since kept a low profile.

"We're getting to the end of the situation," said David Battersby at Redmayne Bentley Stockbrokers. "To draw a line under it, they need a new chief executive."

On Sunday a U.S. government official confirmed to the Associated Press an earlier report by the BBC that Hayward, whose gaffes added insult to oil-spill injury for the Gulf Coast, was on his way out as CEO.

CBS News correspondent Kelly Cobiella reports that, right from the start of the Gulf disaster, Hayward couldn't seem to get it right. First came his predictions that the impact from the oil spill would be modest; then the stinging gaffe when he told television cameras he was eager for a conclusion to the catastrophe so that he could get his "life back."

Many Gulf residents found small comfort in that as BP's biggest mistake under Hayward continued to foul their waters, their beaches and their way of life.

"His first concern should have been the livelihoods of the people of the Gulf of Mexico," Rep. Edward Markey, D-Mass., told "The Early Show" on Monday.

The senior U.S. official, who spoke to the AP on condition of anonymity because an announcement had not been made, was briefed on the decision by a senior BP official late last week.

The government official did not know who will replace Hayward or when it will happen.

Last month a spokesman for the oil company told CBS News that rumors of Hayward's resignation were false.

Earlier Sunday, BP spokesman Toby Odone seemed to downplay media speculation about Hayward's departure, as the BBC reported that Hayward was negotiating the terms of his exit from the company.

There is persistent speculation that chairman Karl-Henric Svanberg, who moved into the post on Jan. 1, is also likely to lose his job later this year.

One of the most likely successors is BP Managing Director Bob Dudley, who is currently overseeing the British company's spill response and would be BP's first American CEO if he is chosen. It is unclear if he would be juggling leadership of BP with oil-spill duties - just as Hayward once did - or whether he would delegate that duty to someone else.

Markey, who is chairman of the House Subcommittee on Energy and the Environment, told CBS News he was "hopeful that Mr. Dudley will be more responsible, but a total change in the culture of this company is what's called for."

Markey added that new BP management and the expected permanent seal of the oil well would not end the challenge of dealing with the disaster, the "consequences" of which, he said, would "go on for months and potentially for years."

"I just hope they replace him with somebody who understands the situation, someone who will come down here and see what's happening on a regular basis, someone who will communicate with us," he said. "From the beginning it was obvious this guy was not the leader needed in this crisis."

But other Gulf residents shrugged upon hearing the news. The oil, they said, has already done its damage.

"It doesn't matter," said Chris Foss, a 39-year-old boat captain from Port Sulphur. "Whatever happens with the corporate dudes is irrelevant. The only thing that matters is what they are going to do about this mess."

Patrick Shay, 43, sat on a porch swing of his cottage in Grand Isle on Sunday, his front yard filled with small, white crosses, each bearing the name of sea life or ways of life the oil spill has killed.

"He seems like a pretty self-absorbed person, so I'm not surprised to hear he would walk away in the middle of all this," he said of Hayward. "If anything it will help. They need to get him out of the way and get this cleaned up."

David Duet, 62, of LaRose, Louisiana, filled his ice chest at the grocery store in Grand Isle, where he brings his camper every weekend despite the oil.

"I don't think he's directly responsible for the spill, but he still had to answer for it," said Duet, who worked on oil rigs for more than 22 years. "I can understand the time it took to cap it. I know how hard things are out there."

New Orleans Mayor Mitch Landrieu said BP's attitude about making things right is more important than who is running it.

"BP, from I think everybody's perspective, made a very bad mistake," she said. "I think what the world expects from BP is an acknowledgment that something was done wrong. I think BP has a long way to go to gain the trust of the people."

It's been more than three months since an offshore drilling rig operated by BP exploded off Louisiana on April 20, killing 11 workers and setting off the spill. A temporary plug has stopped oil from gushing for more than a week now, but before that the busted well had spewed anywhere from 94 million to 184 million gallons into the Gulf.

Tropical Storm Bonnie forced ships fighting the spill to pull out, but crews returned quickly Sunday as the storm broke apart so they could resume work on a relief well, a permanent fix for the gusher.

On Sunday, helicopters scanned the shoreline for fresh oil while a mile undersea the work to plug BP's well gained speed. Pressure in the well was still rising and there was no talk of collecting oil anymore, just stopping it for good, reports CBS News correspondent Kelly Cobiella.

Since BP's well was capped on July 15, the amount of oil skimmed from the surface has plunged from just over 1 million gallons a day to about 2,400 gallons on Thursday.

If overflights of the Gulf show no significant new slicks, Cobiella reports that BP may stop hiring local boat-owners to go out on skimming missions early this week.