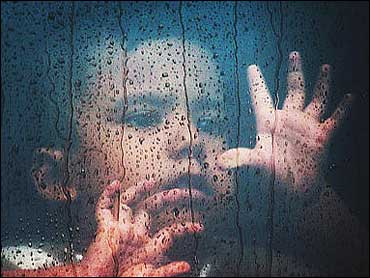 His mother Judi says Brian was jumping on a bed in his sister's room near a screened-in open window on the second floor of their suburban home when the unthinkable happened.

"He lost his balance and fell against the screen, which fell out, and he landed on the driveway," says Judi Conaghan.

Brian fell nearly 15 feet to the concrete below. His dad David heard the screams and ran outside.

It was bad. Brian was bleeding profusely from his head. His leg was broken, his eye socket shattered. But he was alive. He spent a week in the hospital and months recovering at home.

Safety experts say whether you live in a high-rise or single family home, the risk is serious. Every year, 4,700 children are sent to the emergency room after falling out of windows. Eighteen children die, including the most famous case, 4-year-old Conor Clapton, son of musician Eric Clapton, who tumbled from an open window in his New York City apartment.

"They are such surprising deaths," says Alan Korn of the National Safe Kids Campaign. "Every parent says the same thing.' I never realized, I never thought. If only I had known.'"

Korn says too many parents make the mistake of thinking a screened window is a safe window.

"Screens are for keeping bugs out, not kids in," he says.

Korn says in two-thirds of these accidents, kids reach the window by climbing up on furniture. That's why beds or chairs should always be pushed away.

Moving your furniture away from your window isn't always going to eliminate the danger. A typical window is 22 inches from the ground - easy access for the average 1-year old who stands 30 inches tall.

Korn says the best protection is a window guard, available for around $40 at home supply stores. It bolts right to your window, and can be removed in the event of a fire.

Judi Conaghan now uses a safety device called a window stop. They come in several sizes and are sold at hardware stores for about $2. They prevent windows from going up more than 4 inches, so kids can't fall out.

While Brian's bones have healed, the Conaghans still worry. They tell their children, don't play near the windows, a message they hope other parents teach their kids so they don't fall victim to this hazard.

"Parents can't be by their kids' side 24 hours a day," says Judi. "We thought we had taken the measures that were enough. They weren't enough."