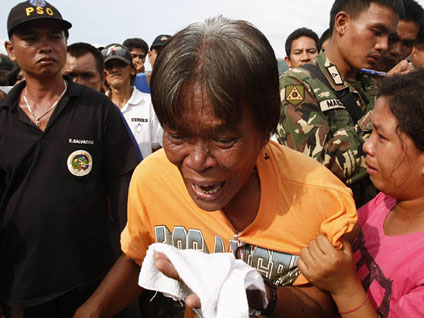 Alcohol consumption is linked to one in every 25 deaths worldwide, according to a study that concludes the effects of drinking are as harmful as smoking.

In a series of articles published in The Lancet, alcohol is linked to behavioral deaths, like violent injuries, as well as medical conditions like cardiovascular disease, cancer and liver disorders like cirrhosis.

The study found that 3.8 percent of deaths around the world in 2004 (the most recent year for data) were related to drinking - 6.3 percent for men, 1.8 percent for women.

Globally, average weekly consumption was around a dozen 10-ml units of pure ethanol - each unit being the equivalent of a bottle of beer, medium glass of wine or shot of liquor.

Indeed, alcohol consumption is rare in many parts of the world, the study finds.

"Worldwide, more people abstain than drink," principal researcher Jurgen Rehm, a senior scientist at the Centre for Addiction and Mental Health in Toronto, said Thursday according to a report in the Canadian Press.

"And India has more than one billion inhabitants, so they really count."

Alcohol-related death rates were highest in Europe - 10 percent. Within Europe, Russia tallied the highest proportion - 15 percent of deaths were linked to alcohol.

Researchers said alerting the world to the real dangers of regular alcohol use is difficult because of its entrenchment in many cultures, it poses health risks comparable to smoking a decade ago.

"The big message is treat alcohol like tobacco," not as a substance that is relatively benign except for "those bad alcoholics," Rehm said. "That is not true."

"So we need to rethink alcohol completely as a risk factor. Of course, we will not prohibit alcohol, but we should make it more expensive so it's consumed in smaller quantities and in quantities which are actually not as detrimental for health."