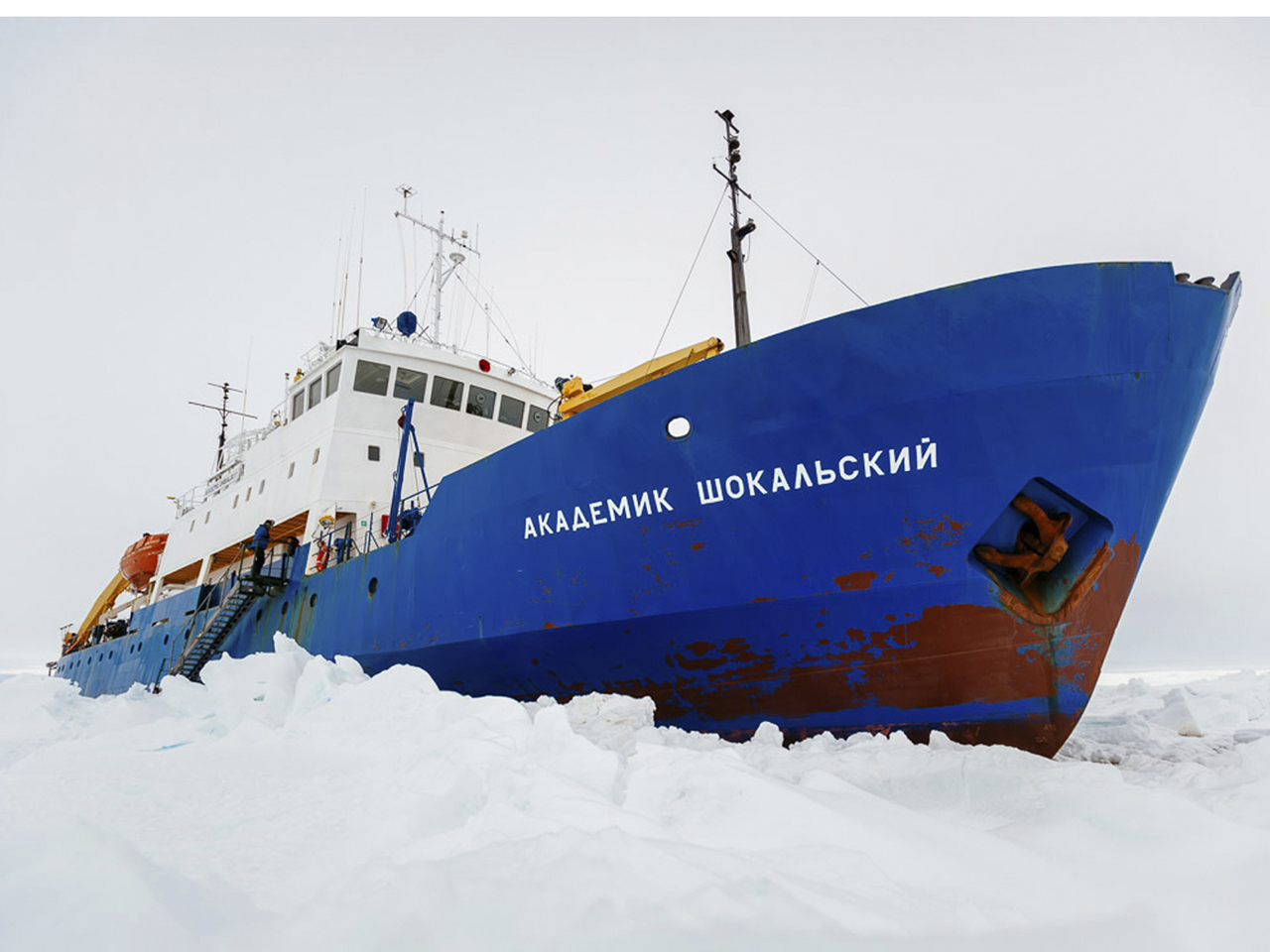 SYDNEY -- An Antarctic blizzard has halted an Australian icebreaker's bid to reach a Russian ship trapped for a week with 74 people onboard, rescuers said on Monday.

The Aurora Australis had to return to open waters about 18 nautical miles from the stranded Akademik Shokalskiy because of poor visibility, the Australian Maritime Safety Authority (AMSA), which is co-ordinating the rescue, told Reuters.

The Australian vessel had reached as close as about 10 nautical miles from the trapped ship before turning back.

"The weather condition is not safe for it to proceed, and it's gone back to open water," said AMSA spokeswoman Lisa Martin.

A Chinese icebreaker, the Snow Dragon, has been halted by thick ice within sight of the ship. The Snow Dragon had a helicopter on board that could be used to rescue passengers if the Aurora Australis failed to get through, AMSA said earlier, but the aircraft was grounded by the snow.

"The idea would be that the helicopter would fly from Snow Dragon, evacuate people to the Aurora icebreaker, and from there they'd go to Casey, the Australian Antarctic base," said lead scientist Chris Turney who spoke with CBS News via Skype.

However, because of the weather conditions Martin said the Aurora Australis would have to wait for the weather to improve before a second rescue attempt.

Asked whether the passengers would have to see in the New Year on the stranded ship, she said: "It certainly looks like they will be there tomorrow."

The Russian ship left New Zealand on Nov. 28 on a private expedition to commemorate the 100th anniversary of an Antarctic journey led by famed Australian explorer Douglas Mawson.

The Akademik Shokalskiy's 74 passengers include scientists and tourists, many of them Australian, and 22 Russian crew members.

Everyone on board has weathered the delay in warm comfort. There is enough food to last them for weeks and passengers have ventured onto the ice to continue their research.

The Australian Maritime Safety Authority is coordinating the rescue and says they will start evacuating the ship as soon as the weather clears, possibly later today.

The month-long expedition was scheduled to be completed by next weekend.