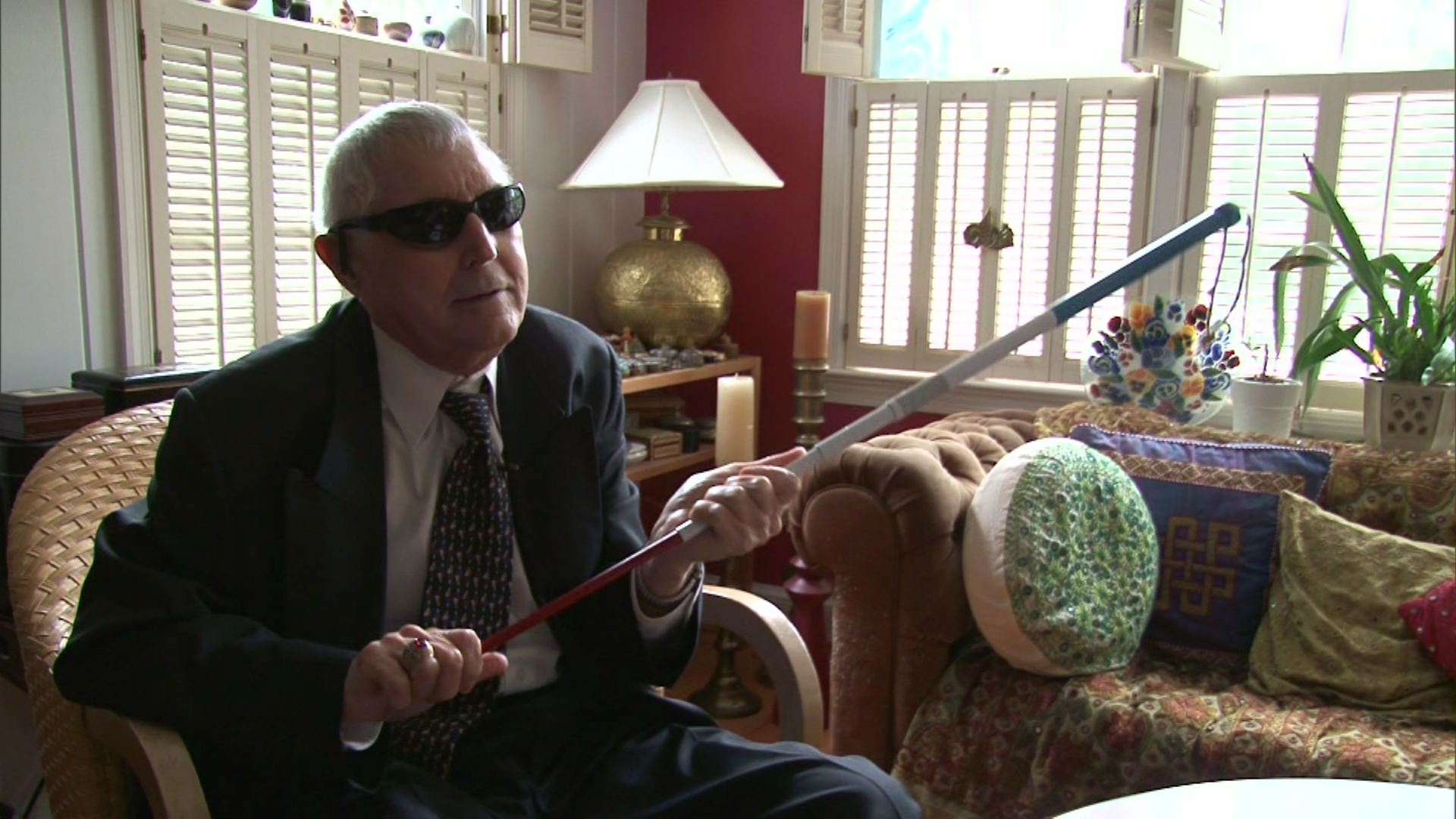 "I was a forward observer for artillery, and my head should have been down, but it was up," he told CBSNews.com. "I was not a happy camper. It was very difficult to, kind of, adjust."

He spent the next several years learning the basics of a newly blinded lifestyle, like braille and how to move around with a cane through rehabilitation services at the VA. Then, he headed to St. John's University in New York, where he earned his bachelor's degree, and later Hofstra University, where he received his master's in the field of education.

"During this period of time, all the new technologies were developed, and it made it a lot easier," Fales said. "While I was going to school I had somebody tape books for me - since it was considered my vocational rehab, the VA paid for it. I'd just put it on at the end of the day and lay down, and it just wasn't too bad."

Other technologies Fales took advantage of included the Kurzweil reading machine, which allowed him to use nearly every facet of advancing computer systems just as someone with sight would. Another is called the Scriptalk, which reads the labels of prescription medications and blasts instructions out on audio. There's also the Braille and Audio Reading Download (BARD), which allows Fales to download to audio any title from the Library of Congress.

The only problem with the ever-improving resources available to the sensory-disabled, Fales said, is "this technology is not worth a darn if the blinded vet doesn't know about it." In 1985, at the urging of blinded World War II veteran Buck Gillispie, Fales teamed up with Don Garner and Dennis Wyant, both blinded during service in the U.S. Navy, to launch the Blinded American Veterans Foundation.

"He said you've got to help your fellow blinded veterans," Fales said. "He said, you have the potential through your education and through some of the things you've overcome, to help others."

BAVF is aimed primarily at informing blinded veterans about the benefits at their disposal, but its capabilities are diverse: The Foundation developed the collapsible "Americane," which it distributed to thousands of blinded vets. And each year it awards over 100 $500 grants to the VA's visually impaired coordinators to use for fun but informational outings with blinded veterans.

"Just recently, the VA Medical Center held a program for recently discharged at Nationals Park," Fales said. "So we helped support that program and did some outreach to these young men and women. They not only saw a ballgame but they had an opportunity to learn more about the VA and what's available to them."

During National Flag Week in June, Fales and his wife host up to 500 people at their home for a Flag Day picnic, as well as a Congressional Awards Reception on Capitol Hill, honoring one Democrat and one Republican who have shown outstanding consideration for issues concerning sensory-disabled veterans. "Through this outreach," Fales said, "we educate the Congress to the needs of our nation's blinded vets and their families."

Fales is something of a fixture on Capitol Hill, testifying at congressional hearings and meeting often with the House chairman on Veterans Affairs, Jeff Miller, R-Fla. He's influenced legislation ranging from Veterans Preference to widows and widowers of veterans who used to lose their benefits if they remarried to affirmative action for veterans attempting to reenter the workforce.

"Here we're just trying to struggle back, and we're told that he's gonna be at the back of the line?" Fales asked. "Through my column and through my contacts on the Hill, we were able to change that."

Channeling the motto, "if it helps one veteran, it's effective," Fales in 1982 established yet another outlet through which to help his fellow veterans: He began to pen an advice column for veterans and their families that's run in Stars and Stripes and the Washington Times, and now goes out to 10 billion computers on military.com. His alias is "Sergeant Shaft."

"There was this old term we used in the military, if you were being wronged you were getting shafted," he explained.

His efforts haven't gone without merit. Fales has met every president since Gerald Ford. He's been honored in the Marine Barracks' Sunset Parade, and has received countless awards, including this year's AMVETS Silver Helmet Rehabilitation Award.

"I've been very, very fortunate - it's unbelievable," Fales said. "Who would have believed it? I sure as heck wouldn't have."