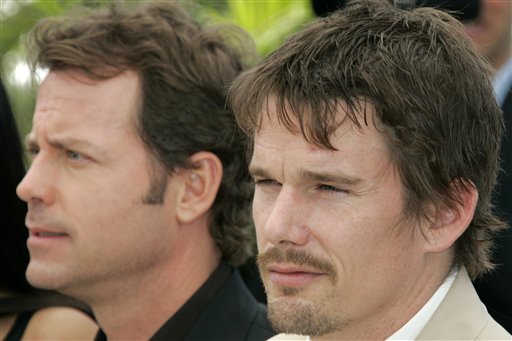 The Portland Trail Blazers finally got the easy win they were looking for. The Boston Celtics got the kind of beating they're used to.

"Man, it was nice to be up a bit late in the game," said guard Bonzi Wells, who scored eight points off the bench and was part of the Blazers' second unit that held onto the lead built by the starters. "We've got to learn to get in there and sustain the lead, and we did that tonight."

Steve Smith added 15 points for Portland, which never trailed and improved its NBA-best record to 42-11. It was the Blazers' 14th straight win at the Rose Garden, and first dominating victory since before the All-Star Break.

Antoine Walker had 24 points and Paul Pierce and Eric Williams each had 14 for the Celtics, who shot just 37 percent from the field and dropped to 5-22 on the road.

Boston, which started its road swing with a 101-99 win over Utah last Tuesday, lost at Golden State by 22 points Friday and shot just 38 percent in a 94-91 loss to Seattle on Saturday.

The Blazers led by at least 11 points for most of the fourth quarter and built 19-point lead when Greg Anthony found Wallace for an alley-oop with 5:20 left in the game. Portland then pulled its starters, and Boston was only able to cut the lead to 10 points before the final buzzer.

"You can't turn the ball over and expect to win against the Trail Blazers," coach Rick Pitino said of Boston's 23 turnovers. "They are very tough. If you turn it over, it's suicide for you.

The Blazers were coming off an overtime win at Sacramento on Sunday, which followed four straight lackluster wins over the Los Angeles Clippers, Golden State twice and Washington.

Smith had five straight points to give Portland its largest lead of the third quarter, 73-60 with 3:43 left, and Boston's shooting got progressively worse as the quarter wound down. Williams had five points down the stretch for the Celtics, who cut the lead to nine points before Jermaine O'Neal made it 78-67 with a rebound and basket just before the end of the third quarter.

The Trail Blazers dominated the first quarter, starting the game with an 11-0 run and leading by as many as 13 before the Celtics started chipping away. Scottie Pippen had eight points in the first 6:30, but Boston went on a 14-6 run to end the quarter and cut the lead to 26-23.

"It is always going to be hard to go out and blow a team out because everyone is playing their A-game against us," O'Neal said. "Everyone is coming out gunning, playing their best."

Boston tied it at 43 in the second quarter when Kenny Anderson hit a pair of free throws, but O'Neal put the Blazers back ahead by hitting four free throws. He then picked off Tony Battie's pass to Anderson and took it in for a dunk to make it 49-43 to end the first half.