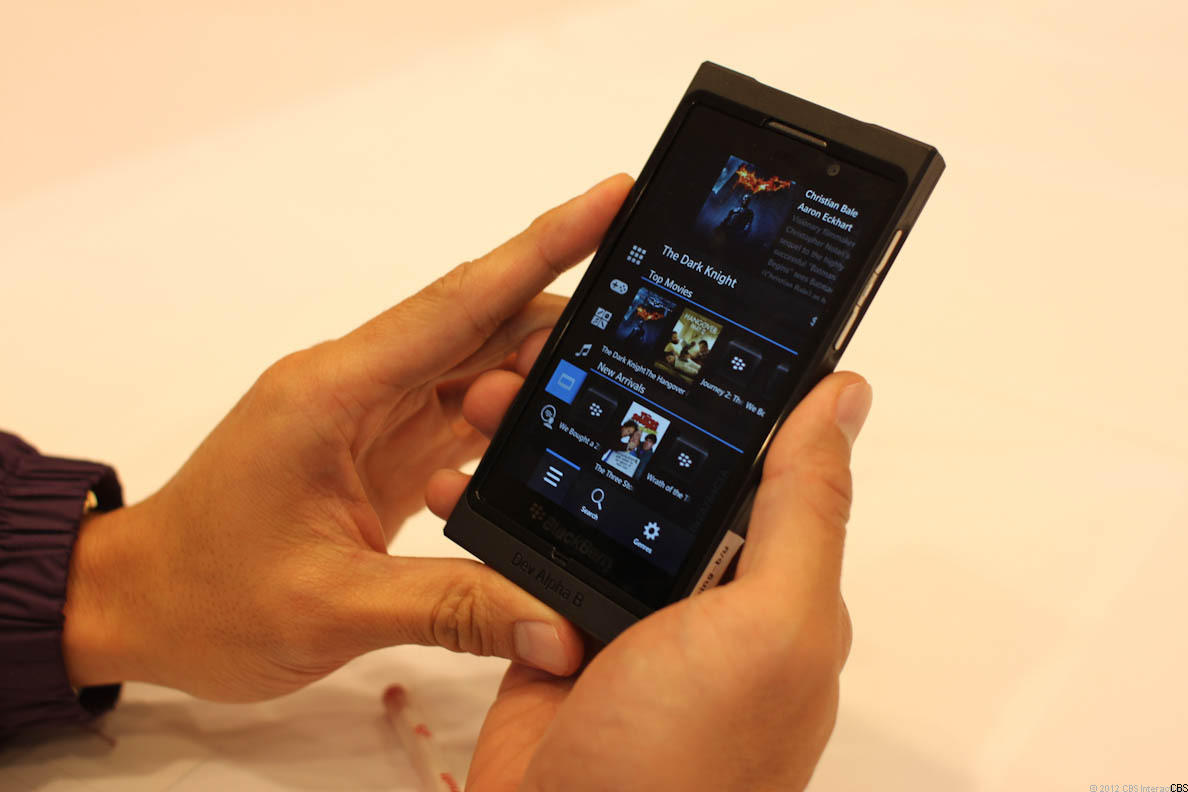 Yes, it's true. After several frustrating delays, Research In Motion is ready to formally pull back the curtain on its next-generation BlackBerry 10 operating system and its first wholly new BlackBerry in a year and a half.

Whether RIM has enough up its sleeves to really wow the public remains to be seen. But there's no question that the company has everything riding on the success of BlackBerry 10. A hit would inject life into RIM and offer proof that it has a place in an industry that it once dominated -- while failure could accelerate a breakup or sale of the business.

There's no doubt that the interest level surrounding RIM has picked up considerably, with industry watchers drawn in by either the potential comeback story or the prospect of a train wreck. Investors seem willing to bet on the company -- its shares have more than doubled in the past six months (although they fell 7.8 percent to $16.24 yesterday). Juxtapose that with Apple, whose stock has lost a quarter of its value in the same time period.

The optimism is a stark contrast from the long stretch RIM endured over the past few years as its market share eroded and executives had more excuses than results. After acquiring QNX in April 2010, then co-CEOs Mike Lazaridis and Jim Balsillie bungled and delayed the transition to the next-generation platform. Even current CEO Thorsten Heins had to push back the debut from the end of last year to early this year because of the complexities of the move.

Despite the swing in sentiment, there remains skeptics. Ovum analyst Jan Dawson doesn't believe BlackBerry 10 will save RIM.

"RIM continues to face the twin demons of consumer-driven buying power and a chronic inability to appeal to mature market consumers," Dawson said. "There is nothing in what we've seen so far of BB10 that suggests it will conquer the second of these demons, and the first is utterly out of RIM's control."

Shares were down yesterday on fears RIM may not actually be able to pull a comeback off.

Even so, the launch date is finally here. CNET breaks down what we know, what we expect, and what we hope for.

Thanks to an early look at the BlackBerry 10 operating system at prior conferences and through pre-release trial devices, there's already a good picture of what it will look like.

There are a few key features RIM executives will likely focus on. One is BlackBerry Hub, or a central location for e-mail, messages, and social and status updates. Another is "Flow," which enables easier navigation and multi-tasking between apps. Another is BlackBerry Balance, which RIM hopes will win over corporate IT managers. Balance allows the device to carry two personalities, a secure one for work, and a personal one for family and friends.

Another focal point will be its improved virtual keyboard. Gone are the days of the click-screen debacle of the . The virtual keyboard promises to be smarter than rival versions, and includes a second heat-map layer that remembers how you press the individual keys, and whether you tend to be right or left of the actual key itself. The phone is also supposed to remember and suggest commonly used words and words already used in the document.

The keyboard was a highlight at a past conference, but RIM will have to show off more than that.

RIM will unveil two BlackBerry devices at the event, a full touchscreen device and a second full-keyboard version. The phones, which CNET spent limited time with a few months ago, will stack up nicely with the specifications of rival smartphones, including display resolution, pixel density, memory, and a 4G LTE connection.

On the app front, BlackBerry 10 will launch with 70,000 apps, the most applications available during launch, the company boasts. Still, that library pales in comparison to the available iOS and Android apps in the market.

What we expect (and hope for):

With all the buzz about carrier excitement and support, we expect some details on launch partners, availability, and perhaps even pricing.

The two BlackBerrys are rumored to carry the names Z10 (for the touchscreen version) and X10 (for the keyboard version). The Z10 is expected to launch first, with the X10 following shortly. The first phone is reportedly going to hit the market in February.

Nokia's launch of the Lumia 920 and 820 was mired a bit by the lack of details over availability, and we expect (and hope) that RIM will do better. But, given the carrier's preference to be involved with product announcements, the availability info may be limited.

The wireless carriers aren't expected to play a big role in the event -- it'll be all RIM's show. As a result, perhaps the announcement of carrier partners might be a little wishful thinking.

RIM will likely show off a taste of its marketing campaign, which will play a crucial role in convincing smartphone owners that BlackBerrys are worth buying again. The company said it can sell into its current base of just under 80 million users, but the truth is it will need to attract new consumers to thrive. RIM will need to be able to quickly communicate any benefits or advantages it has over the competition, and it needs its carrier partners to be on the same page.

The company is already poised to air a commercial during the Super Bowl, so it appears ready to go big with its campaign. The burning question: Will it be able to get that cool factor again?

RIM has been talking up the ease with which developers can write or port over apps to the BlackBerry 10 platform, so the company will need to prove that it has the top-tier apps people want in a mobile operating system.

Will heavy-hitters such as Rovio and Electronic Arts show up? Hopefully, we'll get quick answers in the presentation.

Heins could pull a rabbit out of his hat and tease a tablet successor to the PlayBook. The statement touting the upcoming Super Bowl ad did state smartphones and tablets, so you never know.

Lastly, we are also hoping for BlackBerrys to take home. Nothing convinces a skeptical horde of tech journalists that a company is ready for prime time like having demo units ready to take home.