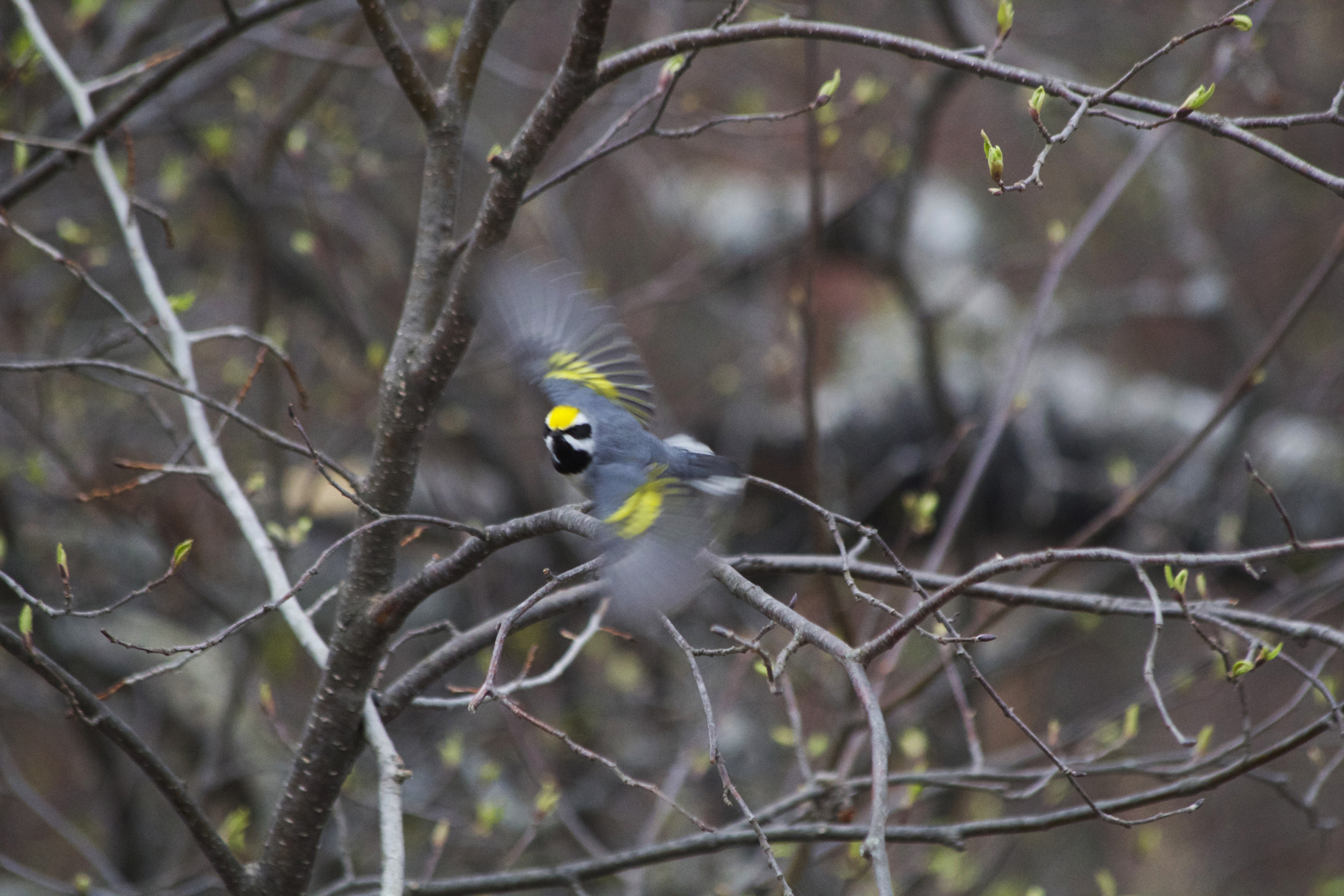 Much as humans have early warning systems to predict tornadoes and hurricanes, birds are showing they have their own ways of sidestepping deadly super storms.

Researchers studying golden-winged warblers found that they flew 932 miles out of their way -- from Tennessee down to Florida and as far away as Cuba -- to escape an incoming a powerful storm in April that spawned dozen of tornadoes and killed 35 people.

"It is the first time we've documented this type of storm avoidance behavior in birds during breeding season," said Henry Streby, a National Science Foundation postdoctoral fellow at the University of California, Berkeley.

"We know that birds can alter their route to avoid things during regular migration, but it hadn't been shown until our study that they would leave once the migration is over and they'd established their breeding territory to escape severe weather," said Streby, who co-authored a study on the findings that appeared Thursday's issue of Current Biology.

Even more interesting was the way the birds did it. Unlike past studies that found birds used cues such as temperature to detect storms, the researches believe it was the sound of the incoming weather system that prompted the birds -- known for a patch of yellow on their wing and crown -- to flee.

"It's exciting and new because they sensed it coming long before all the other things about storms that we thought birds used," Streby said. "We know they use changes in barometric pressure, temperature and wind speed to feel the front of storming coming. But in this case, they evacuated long before any of that stuff happened."

Known as infrasound waves, these are sounds which are indiscernible to the human ear and can travel thousand of miles from their source. Events like volcanic eruptions or ocean waves crashing onto shorelines create higher frequency sounds that humans can hear but they also throw off infrasound waves that can travel great distances.

Jon Hagstrum, a geophysicist at the U.S. Geological Survey in Menlo Park, Calif., was among the first scientists to find birds in the wild could hear this infrasound. He found that sonic booms from Concorde jets could interfere with the ability of racing pigeons to find their way home

"Pigeons use the geomagnetic field and the sun as compasses and directional guides, but those markers make terrible maps," said Hagstrum, who was not part of the warbler study. "Pigeons still need a map to determine which direction home is, and the source of that map had been unclear until recently. My work suggests that birds use infrasound as their map."

"That is absolutely the most reasonable explanation," he said.

"We know tornadic storms produce large amounts of infrasounds. We know birds can hear infrasounds. This paper is the first real evidence to put those two together," he said. "We may find that acoustics are a pretty significant way that birds in general view their environment, much like dogs use olfaction and humans use sight."

Streby and his team hadn't set out to better understand the birds.

The researchers were testing out whether the tiny songbirds could survive the migration from Central and South America with a miniature geolocator attached to their backs. Looking like an insect, the tiny device uses light and length of day to determine the bird's location.

It was during an examination of this data that researchers found something strange with five of the birds they were tracking. Four suddenly took off through North Carolina, Georgia and down to the Florida panhandle before the super storm came through. A fifth bird headed along the Florida coast to Cuba before returning to its breeding grounds in the Cumberland Mountains of Tennessee.

This was odd, the researchers said, since golden-winged warblers usually stay put after returning to their breeding grounds to establish their territory and raise their young.

The researchers initially thought the readings were a mistake. But when they went through their data again, they couldn't find anything that would throw off geolocator readings. The search for an alternate explanation began.

"We remembered the supercell storm because we also had to evacuate to a hotel to wait it out," Streby said.

Streby said his findings could help explain why animals have reportedly acted strange in past disasters, such as the 2004 tsunami. It could also help scientists better understand the stress facing birds, since such evasive action are taxing.

"There's growing research that shows that tornadoes are becoming more common and severe with climate change, so evasive actions like the ones the warbler took might become more necessary," said Streby. "It could come at a cost, though, since such actions place added energetic and reproductive stress on populations that are already struggling."