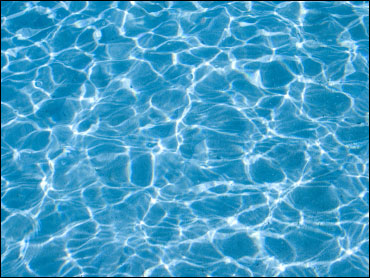 The sexual abuse scandal at USA Swimming has revealed its biggest name yet — the former director of the national team.

Everett Uchiyama was on a list released Tuesday by the swimming organization showing 46 people who have received lifetime bans or permanently quit the organization, most for sex-related offenses.

According to USA Swimming, Uchiyama received his suspension on Jan. 31, 2006. The oldest suspension on the list was handed out in 1991, but most occurred in the past decade — including 11 since the beginning of 2009.

Uchiyama was banned for violating a section in the code of conduct that forbids "any sexual conduct, advance or other inappropriate sexually oriented behavior or action directed towards an athlete by a coach." The provision also prohibits "any nonconsensual physical sexual conduct, or pattern of unwelcome advances or other sexual harassment in connection with or incidental to a USA Swimming-related activity."

Of the 46 names released by the organization, 36 were punished for sexual misconduct or inappropriate sexual behavior. Two were banned for fraud, deception or dishonesty; two for unspecified felonies; and another for illegal drugs or substances. No offense was listed in five cases, either because they occurred before the code of conduct went into effect, no section applied to their violation, or the details were not available.

USA Swimming has come under increasing scrutiny for its handling of sexual abuse, with some critics claiming that it covered up wrongdoing by prominent coaches and fostered an environment that allowed youth swimmers to be harmed. At least four lawsuits have been filed.

At its regular May board meeting, USA Swimming approved four steps to deal with the problem, which included publishing the list of banned coaches. Members also voted to authorize the startup of a hot line and counseling service, create an athlete protection committee with experts from both inside and outside the sport, and set up staff positions to focus on athlete protection.

In March, 1972 Olympic champion Deena Deardurff Schmidt revealed that as she trained in the 1960s, she was repeatedly molested by her coach. Despite telling officials at USA Swimming years later, she said, the coach — whom she wouldn't name — went on to train more young swimmers and was inducted into the International Swimming Hall of Fame.

Her comments came a day after a separate lawsuit was filed in California alleging that more than 30 coaches nationwide have engaged in sexual misconduct with young females.