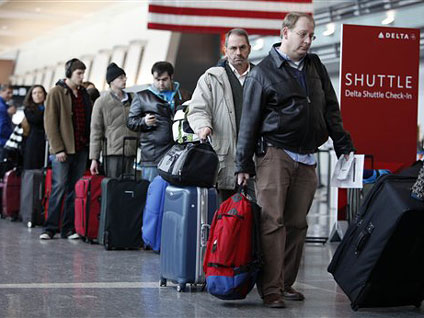 Environmentally friendly cars may be hip, but souped-up V-8 engines are becoming more popular as Americans renew their love affair with horsepower.

Automakers installed eight-cylinder engines in 29.1 percent of passenger vehicles built in North America for the U.S. market last year, the highest rate since 1985, according to Ward's Automotive Reports. The rate has risen every year since 2000.

Analysts and industry executives give a variety of reasons for the rise in V-8s: strong demand for trucks and sport utility vehicles, relatively inexpensive gas prices, and technology that is leading to improved fuel efficiency, even in bigger engines.

Consumer incentives also have allowed many people to "buy-up," using cash rebates or low interest rates to help them nab a vehicle with a larger, more expensive engine.

Some, like Carlton Jack of The Woodlands, Texas, simply want more muscle under the hood.

Jack said he drives 30 miles from his home to downtown Houston for his shifts as a hit-and-run investigator. He was so enamored with the Hemi-equipped Dodge Ram pickup he bought for himself last year that he purchased another for his wife, Lourdes, at Christmas.

"Fuel consumption wasn't a consideration," said Jack, a former Ford truck owner. "I wanted the power and performance of the Hemi, and I liked the looks of the Ram. That's what sold me."

The Hemi gets its name from the hemispherical shape of its combustion chamber, allowing it to produce more power and achieve greater fuel economy.

Lee Weinman, a Ford dealer in Chicago, said the fact that major automakers are beefing up engines at the same time they are spending billions on hybrid vehicles and fuel-cell technology speaks to the increasingly diverse tastes of American drivers.

Nissan, for example, which made its name in the domestic market selling small, fuel-efficient cars, recently launched the full-size Titan pickup with a hefty V-8 engine to challenge models from the Big Three automakers. Nissan also added a bigger engine and more horsepower to its latest Altima sedan.

But while many consumers are choosing bigger engines, more also are opting for more ecologically friendly gasoline-electric hybrid vehicles. For now, the only hybrids available in the United States are small cars made by Honda and Toyota, yet sales have risen from about 20,000 in 2001 to 47,000 last year, according to the Power Information Network, an affiliate of J.D. Power and Associates.

Motor Trend magazine, which often splashes the latest hot rods on its cover, even named Toyota's hybrid Prius its 2004 Car of the Year.

"There definitely seems to be a trend of buyers looking for more power, but a successful manufacturer pretty much has to have a wide offering to remain viable," Weinman said.

Daniel Becker, director of the global warming and energy project for the Sierra Club, said another trend in the U.S. auto industry also is telling - the continued expansion and sales gains of foreign automakers, particularly Toyota and Honda.

The Sierra Club and other environmental groups have been critical of Detroit automakers in recent years for focusing more on large SUVs and pickups than on hybrid and other "green" technology.

"There will always be a market for the gas-guzzling powerhouse, but the American manufacturer seems to be willing to lose market share as Toyota and Honda bring in better technology," Becker said.