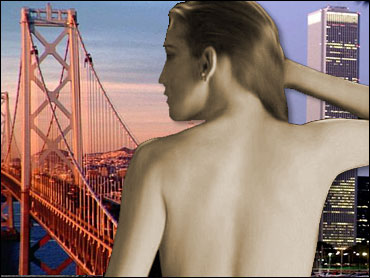 Here's a little pop quiz: What is the healthiest city in America for women?

It's Burlington, Vt., according to the staff at Self magazine.

For the fourth year in a row, editors at Self have ranked the best and worst places to live, and the magazine's Editor-in-chief Lucy Danziger announces the results on The Early Show.

The magazine found the top three cities are:

Danzinger says, "St. Louis was actually the worst on the list this year. Unfortunately, the Gateway to the West is also known as the syphilis capital. Crime rates are high and exercise rates are low. But, there is hope: many women have health insurance and there are a lot of parks.

In Gary, Ind., few women get Pap test screenings, and it is known as a high-stress city. It is also not great for working women because the city's biggest employer, a steel plant, employs one in 10 women,

Cincinnati, Ohio, has high rate of cancer deaths, is at bottom of the list for air quality overall and has high smoking rates. The survey average is 93 cigarettes a month; and Cincinnati women smoke 40 more than the average.

This is not the kiss of death for a city, the magazine says. In the past, some cities have been able to take this information and turn trends around.

Danzinger says Self advises cities to use this list as a motivator. For example, women in Memphis, in last place last year, rallied around and created Memphis On the Move, raising its status by 32 spots on this year's list.

Self also looked at best and worst cities for working women. She says, "We looked at accredited child care and the wage gap and women owners and managers and Fort Myers, Fla., came up the best on the list, the most child-care anywhere."

The other great cities were, Vallejo-Fairfield-Napa, Calif., where women own 29 percent of the businesses, including 29 wineries; and Burlington, Vt. At Ben and Jerry's headquarters there, 47 percent of the managers are women, well above the average.

The worst city for working womenis Gary, Ind., where the biggest employer is a steel plant with one in 10 workers being women. In Hamilton-Middletown, Ohio, less than a quarter of the managers in local businesses are women. And in Appleton-Oshkosk-Neenah, Wis., women earn 69 cents for every man's dollar, one of the worst on the lists.