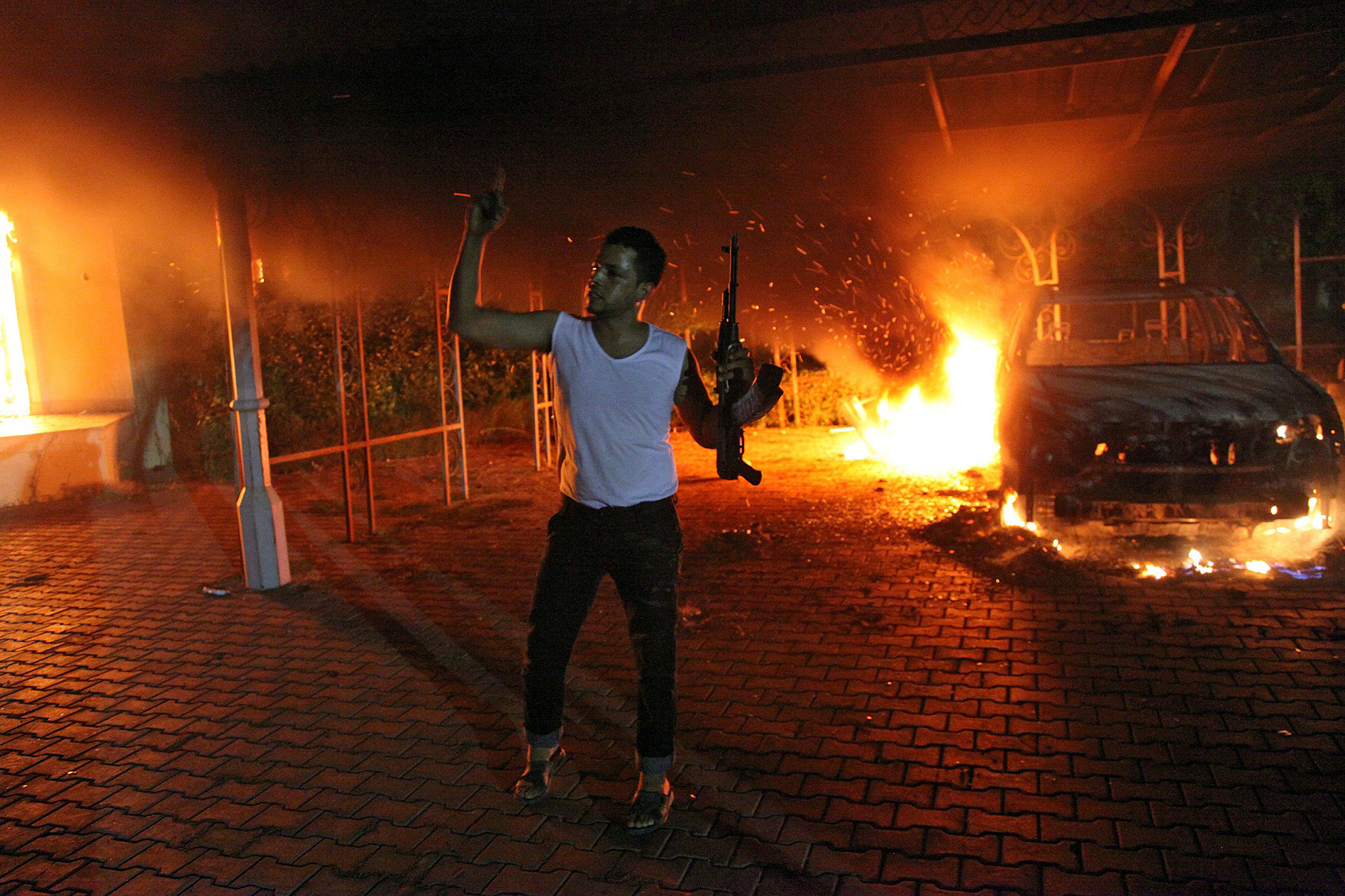 WASHINGTON -- The CIA and the military acted properly in responding to the 2012 attack on a U.S. diplomatic compound in Benghazi, Libya, a Republican-controlled House committee has found. Its report asserted no wrongdoing by Obama administration officials.

Debunking a series of persistent allegations hinting at dark conspiracies, the two-year investigation of the politically charged incident determined that there was no intelligence failure, no delay in sending a CIA rescue team, no missed opportunity for a military rescue, and no evidence the CIA was covertly shipping arms from Libya to Syria.

In the immediate aftermath of the attack, intelligence about who carried it out and why was contradictory, the report found. That led Susan Rice, then U.S. ambassador to the United Nations, to inaccurately assert that the attack had evolved from a protest, when in fact there had been no protest.

But it was intelligence analysts, not political appointees, who made the wrong call, the committee found. The report did not conclude that Rice or any other government official acted in bad faith or intentionally misled the American people.

The House Intelligence Committee report was released with little fanfare on the Friday before Thanksgiving week. Many of its findings echo those of six previous investigations by various congressional committees and a State Department panel. The eighth Benghazi investigation is being carried out by a House Select Committee appointed in May.

In the aftermath of the attacks, Republicans criticized the Obama administration and its then-secretary of state, Hillary Rodham Clinton, who is expected to run for president in 2016.

People in and out of government have alleged that a CIA response team was ordered to "stand down" after the State Department compound came under attack, that a military rescue was nixed, that officials intentionally downplayed the role of al Qaeda figures in the attack, and that Stevens and the CIA were involved in a secret operation to spirit weapons out of Libya and into the hands of Syrian rebels.

None of that is true, according to the House Intelligence Committee report.

The report did find, however, that the State Department facility where Stevens and Smith were killed was not well-protected, and that State Department security agents knew they could not defend it from a well-armed attack. Previous reports have found that requests for security improvements were not acted upon in Washington.

"We conducted detailed interviews with senior intelligence officials from Benghazi and Tripoli as well as eight security personnel on the ground in Benghazi that night. Based on the testimony and the documents we reviewed, we concluded that all the CIA officers in Benghazi were heroes. Their actions saved lives," they said.

Rep. Adam Schiff, a California Democrat who serves on the intelligence panel and the Benghazi select committee, said, "It's my hope that this report will put to rest many of the questions that have been asked and answered yet again, and that the Benghazi Select Committee will accept these findings and instead focus its attention on the State Department's progress in securing our facilities around the world and standing up our fast response capabilities."

Some of the harshest charges have been leveled at Rice, now Obama's national security adviser, who represented the Obama administration on Sunday talk shows the weekend after the attack. Rice repeated talking points that wrongly described a protest over a video deemed offensive to Muslims.

But Rice's comments were based on faulty intelligence from multiple agencies, according to the report. Analysts received 21 reports that a protest occurred in Benghazi, the report said - 14 from the Open Source Center, which reviews news reports; one from the CIA; two from the Defense Department; and four from the National Security Agency.

In the years since, some participants in the attack have said they were motivated by the video. The attackers were a mix of extremists and hangers on, the investigation found.

"To this day," the report said, "significant intelligence gaps regarding the identities, affiliations and motivations of the attackers remain."