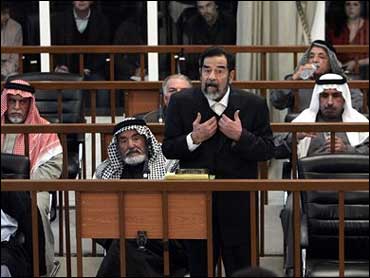 With a full count and the bases loaded, Derek Bell was looking for something he could hit up the middle.

He got a fastball and correctly called his shot.

Bell laced a two-run single to center field off reliever Mark Leiter with two outs in the ninth as the Houston Astros rallied to a 4-3 victory over the Philadelphia Phillies on Wednesday night.

"Whatever it takes," Bell said. "I haven't been getting a lot of hits lately. Last night, I got on base three times and scored twice without a hit. Tonight, I got a clutch hit. Sometimes it just works out that way."

With the win, Houston won all three series from Philadelphia this season and finished 7-2 against the Phillies.

The Phillies led 3-2 heading into the ninth, but with one out, pinch hitters Dave Clark and Richard Hidalgo singled off Leiter (6-4) to put runners on first and third. Craig Biggio flied out to right and Clark held up on Bobby Abreu's throw home, which was up the third-base line.

Leiter hit Bill Spiers on the left elbow to load the bases.

Bell, who entered the game mired in an 0-for-14 slump, didn't look comfortable in any of his four previous at-bats before the ninth. But, he settled down against Leiter, working the count full before lining a fastball to center, scoring the tying and go-ahead runs.

"It's all patience," said Bell, who stopped his hitless string with a furth-inning single. "I fell behind early in the count, but I hung in there. I concentrated on getting a pitch I could drive through the middle."

Shane Reynolds (15-8) gave up five hits, struck out nine and walked one in eight innings. He won all three starts this season against the Phillies.

Billy Wagner pitched the ninth for his 24th save in 26 opportunities. With runners on second and third, Bobby Estalella took a called third strike to end the game.

With the Phillies trailing 2-0 with just two hits in six innings off Reynolds, Abreu hit a three-run homer in the bottom of the seventh inning to give the Phillies a 3-2 lead.

With one out, Rico Brogna and Kevin Jordan hit back-to-back singles before Abreu's homer. Abreu, picked by Tampa Bay from Houston in the expansion draft and traded to Philadelphia for Kevin Stocker, followed with his 11th homer of the season, a blast off a 2-0 pitch that landed 410 feet away.

Reynolds retired 13 in a row between a second-inning single by Kevin Jordan and a sixth-inning infield single by Doug Glanville.

"It was his best outing of the season," Houston manager Larry Dierker said. "He was dominating. He made one bad pitch. Sometimes you get away with tons of bad pitches and throw a shutout. Tonight, Shane made one mistake and it cost him three runs."

"Carlton pitched great against a real good team," Phillies manager Terry Francona said. "It looked like we might steal one, but it just didn't work out."

Houston took a 1-0 lead in the fifth when Biggio hit a line drive between Brogna and first base for a double, scoring Tony Eusebio.

The Astros lost an opportunity to add another run in the inning when Biggio was thrown out by right fielder Abreu attempting to score on Bill Spiers' hit. Abreu's assist was his major league-leading 15th of the season.

Alou, who was in a 0-for-16 slump, launched a solo homer to right-center in the sixth. It was his 36th homer of the year and 16th since the All-Star break, one behind Montreal's Vladimir Guerrero, who also homered Wednesday night, for most in the National League.