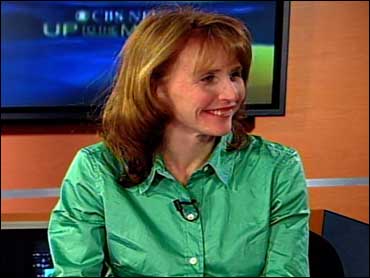 From Barry Bonds' mind-melting home run pace to Tony Gwynn's final year of slapping scores of singles, baseball in 2001 was a sport to remember.

The playoffs begin Tuesday, with a familiar cast of team characters. The Oakland Athletics and Seattle Mariners are widely thought to be the strongest, but the New York Yankees are lurking in the American League and hope to parlay their newfound underdog status into yet another championship.

Over in the NL, the Braves are back for another go, but they'll have to get by the likes of the Houston Astros and Arizona Diamondbacks if they want to add to their lone championship over their 10-year run of division wins.

Tony Gwynn grounded out sharply Sunday in the ninth inning, closing out a 20-year career in which he got 3,141 hits, won eight batting titles and batted .338 — 17th on the career list.

"It's been unbelievable," Gwynn said. "I feel I've done all I can do as a baseball player."

Bonds got the weekend of records, milestones and celebrations started on Friday night, hitting his 71st home run to break Mark McGwire's 3-year-old record. He also hit his 72nd that night and pushed his single-season home run record to 73 by Sunday.

Before the end of the weekend, Seattle tied a 95-year-old mark for most wins in a season, Rickey Henderson got his 3,000th hit and baseball also said goodbye to Cal Ripken.

On Sunday, the last day of the regular season, Bonds hit his 73rd and finished a remarkable season. His .863 slugging percentage easily surpassed Babe Ruth's record of .847 set in 1920.

"It seems Babe ain't going to have many records, is he?" Giants manager Dusty Baker said. "It's the greatest year I've seen from a single player."

In San Diego, Henderson hit a bloop double to right for his 3,000th hit. The milestone came in front of more than 60,000 fans, who filled Qualcomm Stadium to say farewell to Gwynn.

Henderson, who had broken Ty Cobb's career runs record Thursday by scoring his 2,246th, was mobbed by his teammates at second base. One of the first to hug him was Gwynn.

"Man, what a sight, Rickey cruising into second base and all his teammates running out there," Gwynn said during postgame ceremonies honoring his retirement. "That's what the game's all about. He's the all-time leader in steals, walks and runs scored, and today, he steps up to the plate and gets it done."

On Saturday night, fans in Baltimore said farewell to Ripken, who played in his 3,001st and final game in front of a sellout crowd at Camden Yards that included former President Clinton and commissioner Bud Selig.

"I'm sure everyone here knows this opportunity doesn't come around very often," Seattle's Edgar Martinez said. "But i's still been a great year, and we're still in the record books."

There was a bit of history for the Braves, too. They clinched their 10th straight division championship by outlasting the fading Philadelphia Phillies. The Braves became the first team in major league history to win a division with a losing record at home.

But it was a home victory over Florida Friday that capped their division run and made them the first pro sports team to win 10 division titles in row. The Boston Celtics (1957-65) and Los Angeles Lakers (1982-90) captured nine straight in the NBA.

In Chicago, Sammy Sosa continued to make history as his Cubs suffered a season-ending 4-3 loss to the Pittsburgh Pirates.

Sosa belted his 64th homer of the season and the 450th of his career, a solo shot in the eighth inning off Mike Lincoln, to break a pair of total base records and complete one of the most spectacular four-year stretches in baseball annals.

With 425 total bases this season, the outfielder surpassed the Chicago record of 423 - set by Hack Wilson in 1930. His 1,619 total bases over the past four seasons are two more than Chuck Klein, who set the National League four-year mark from 1929-32 while with the Phillies.

Last, but probably not least, was the rookie season put together by the playoff-bound Cardinals' left fielder and first baseman Albert Pujols, who finished the season with a .329 batting average, 37 home runs, 130 RBIs and 47 doubles.