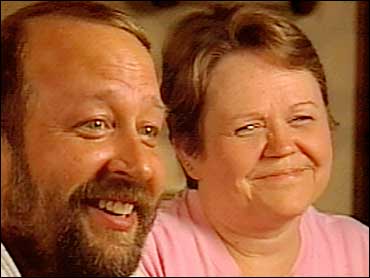 The "Everybody Has a Story" series always begins by zeroing in on one individual. But the stories CBS News Correspondent Steve Hartman ends up with - are often as universal as the one he heard from Thomas Taylor.

"I believe there are a lot of parents today who are having the same problems we are," says Taylor, a die designer at Citation Navasota.

The foundry turns steel bars into truck axels with just one scrunch. Now, Taylor says, if only molding his teen-ager were that easy.

"You would have to take the brain out and analyze it before you could figure out what's going on in there," he says.

Taylor and his wife, Betty, really are at wits' end over their 16-year-old son Kris. At issue are grades. He got a lot of D's last year.

It's pretty hard to get a D, but Kris says, "Not if you don't do nothing."

Obviously it's not that he's a bad kid. Nor is he incapable.

"In 4th grade I was in the top 2 percent of the country," Kris says noting with pride that he was recognized by the president. "But that was then and this is now."

"I feel like I have no other options to motivate him. I've taken away the video games, VCR and all in his room. We've taken that away from him. I'm lost," says his father.

Apathy is the one thing Tom Taylor can't understand. He says when he was a kid - back when bowties ruled the earth - the only obstacle to a college education was financial.

"Money was 100 percent of my reason for not finishing," he says. "I ran out. There are six kids in my family and none of us finished college, none of us. And I think that's a shame," he says.

That's why Thomas Taylor says even though he has no big savings, he'd gladly put off retiring as long as it takes to pay for a college education.

Kris is now a junior at Navasota High. And although he's still undecided about college, he says this year, "I'm definitely going to try to make it different."

His parents are hoping to at least see evidence soon of some kind of passion brewing in there. Hopefully, without having to disect him.