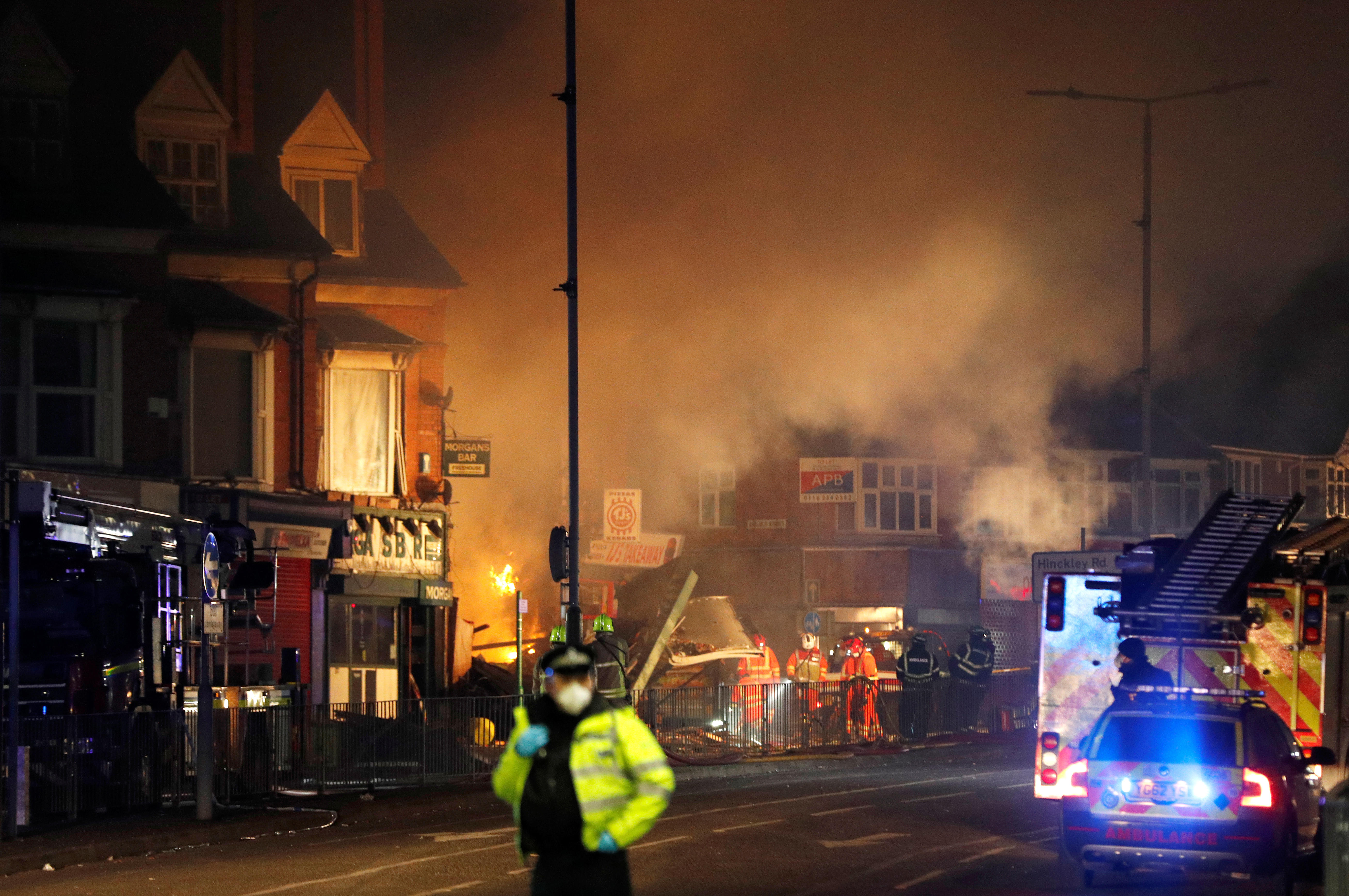 LONDON -- At least five people were killed and five more hospitalized, one in serious condition, in an explosion and fire in a building in the English city of Leicester on Sunday evening, police said. Emergency crews were combing the property and investigators were interviewing possible witnesses Monday morning.

The cause has not yet been established, but police said they did not think terrorism was involved.

"The building consisted of a shop premises on the ground level and a two-story flat above it," police said. "We believe there may be people who have not yet been accounted for and rescue efforts continue in order to locate any further casualties.

"Once the site is deemed to be safe a joint investigation with Leicestershire Fire and Rescue Service will begin looking into the circumstances surrounding the incident."

It happened on a crowded street that leads into Leicester's city center. Leicester is about 110 miles north of London, in the center of England.

Video footage from the scene showed a building that appeared engulfed in towering flames and a number of police cars and ambulances stationed nearby.

A witness at the scene told CBS News she heard a "bang" and thought it was a car accident. She said emergency services arrived within minutes and that she could see the fire about 200 meters away.

One neighbor told Sky News she lives 500 yards away and felt her apartment shake with the explosion.

The street is a mix of apartments and small shops, including a convenience store, a kebab restaurant and a Polish grocery. Police said a number of buildings near the burning one were also damaged.

Neighbors near the building were evacuated as a precaution and taken to a nearby police station. Electricity to the area was cut for safety reasons and a large police cordon was established.