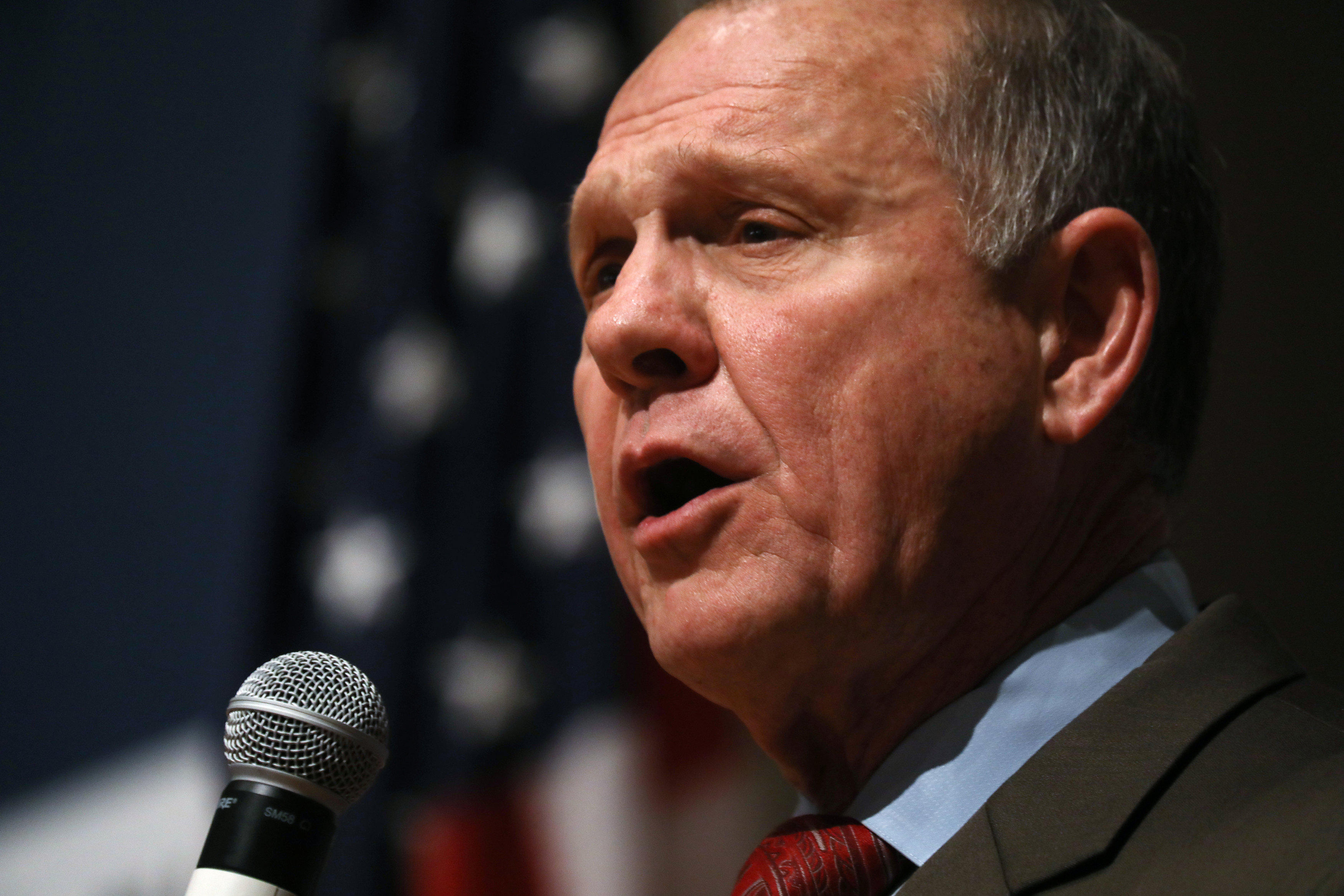 An arson investigation is underway after the Alabama home of one of the women who accused former GOP Senate candidate Roy Moore of inappropriate behavior burned down. The Etowah County Arson Task Force confirmed it is investigating the blaze in Gadsen and speaking to a person of interest. Authorities say there is no indication that the fire was related to Moore or the woman's allegations.

According to the local news outlet AL.com, Tina Johnson's home burned down Wednesday while she and her husband were at work and her grandson was at school. Johnson and her family said they lost everything they owned.

"I am devastated, just devastated," Johnson told the news outlet. "We have just the clothes on our backs."

Johnson and her neighbor Kevin Tallant told AL.com that other neighbors saw a young man who has a history of intoxication walking around the house at the time of the fire, and local authorities said they are speaking with a suspect.

"The ongoing investigation does not lead us to believe that the fire is in any way related to Roy Moore or allegations made against him," the Etowah County Sheriff's Office said in a statement.

Johnson accused Moore of groping her butt in 1991, when she was 28 and visiting his law office. Moore was already married at the time.

"He didn't pinch it; he grabbed it," Johnson told AL.com in November.

Moore was also accused of inappropriately touching underage women, including a 14-year-old and a 16-year-old when he was in his 30s.

Moore lost the election in the heavily red state to Democrat Doug Jones in December, but refused to concede.