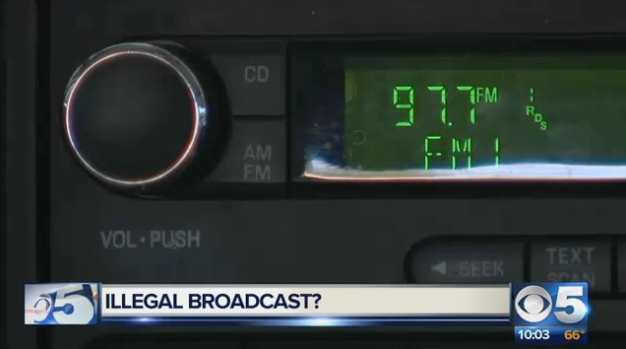 Cochise County Sheriff Mark Dannels said he formally opened an investigation Tuesday that includes seeking legal advice from the county attorney on whether charges can be filed in connection with the public service announcement, CBS affiliate KPHO reports.

"Nobody put me up to it, and nobody paid," he said. "My feeling is that these people don't deserve life in prison just because they have pictures of naked juveniles."

But recent public comment about the announcement was "99.9 percent" negative and some radio station advertisers received threats, he said. The signal of the radio station from the small southeastern Arizona city of Benson beams across a wide area that stretches toward the Mexico border.

'The announcement described Arizona's tough penalties for possession of child pornography and then provides advice on how to avoid convictions.

It said: "If you have such material, you can save yourselves and your family a ton of grief and save the taxpayers a lot of money by never storing such pictures on the hard drive of your computer. Always use an external drive and hide it where nobody will ever find it. Likewise, never keep paper pictures, tapes or films of naked juveniles where anybody else can find them."

"This individual just happens to have a platform that maybe others don't and is advocating beliefs that are personally repugnant to me," McIntyre said.

The Federal Communications Commission (FCC), which regulates U.S. public airwaves, received a handful of complaints about the announcement, said spokesman Will Wiquist.

U.S. radio stations are required to air public service announcements in the interest of community service.

The commission does not impose requirements or restrictions on the announcements' content, said commission spokeswoman Janice Wise.

"It's up to the station to determine their (community's) public interest," she said.

The ad ran for two years before a news reporter in Tucson broke the story, KPHO reports.