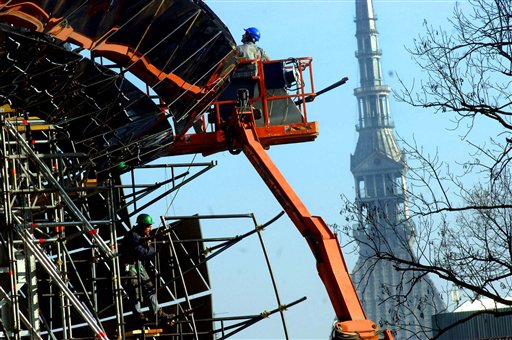 Professional baseball began with the Cincinnati Red Stockings in 1869. The Arizona Diamondbacks have been at it since March 31.

Look who's ahead of the game now.

The Diamondbacks achieved their first three-game sweep Thursday with lots of good pitching and daring baserunning from their first pick in the expansion draft. Brian Anderson allowed only two hits over seven shutout innings and scored two down-and-dirty runs, setting up a 4-2 victory over the Reds.

The Diamondbacks set all kinds of franchise firsts during the series, but none was more important than the three-game sweep. Arizona's only other sweep came in a two-game series at Florida on May 20-21.

Manager Buck Showalter was tempted to rest some of his nicked up starters in a day game after a night game, but they wanted no part of that.

"It makes me feel proud to see our guys going out after we've won two games and going for the sweep," Showalter said. "They all wanted to be in the lineup today."

"We wanted to do that: come into somebody else's place and show we can do that," Anderson said of the sweep. "That's big."

Anderson (5-6) scored from second on a single with a hard slide into home, beat out an infield single and went from first to third on another hit all in oppressive heat. The game-time temperature was 82 degrees and the artificial turf magnified that and left everyone drained.

"This is a day I've looked forward to," said Anderson, an Ohio native who pitched for Cleveland last season. "I had a lot of family and friends here. I was pumped up coming into the game. Andy Benes said before the game, `Don't try to pace yourself. Give it everything you've got from the get-go and see how long you last.' That's what I did."

Cincinnati failed to score until the eighth, when reliever Russ Springer gave up an RBI single to Chris Stynes and run-scoring double to Dmitri Young. Gregg Olson got the final four outs for his 10th save in 13 chances.

The Reds took their fifth straight loss and their 13th in 16 games. During the five-game slide, Cincinnati has scored nine runs and committed eight errors, pushing its major league-leading total to 71.

The oldest professional team in the majors looks more like an expansion team as it tries to rebuild on the fly.

"I guess the only alternative now is to change personnel," manager Jack McKeon said. "We've tried everyone on this team. I'm getting tired of guys not doing the job. The trade rumors (involving captain Barry Larkin) and things like that aren't positives, but we were having problems before that."

Devon White had three hits for Arizona, but it was Anderson who made the grittiest plays.

Kelly Stinnett doubled leading off the third and Anderson sacrificd and was safe when first baseman Eduardo Perez threw to third too late to get an out.

After Andy Fox was hit by a pitch from Scott Klingenbeck (1-2) to load the bases, White lined a single to center. Anderson scored from second to make it a two-run hit, sliding between catcher Eddie Taubensee's legs to beat Pat Watkins' throw.

Anderson led off the fifth by beating out an infield single his second hit in 28 at-bats this season and put his head down and sprinted towards third when White singled to left. Young had to rush his throw, which went into the photographers' booth for an error that allowed Anderson to score.

"When I saw it bounce and he (Young) didn't take a real aggressive approach, I said I'm going to third," Anderson said. "I try to be a baseball player, to go out and be aggressive."

Karim Garcia doubled home another run in the eighth off Rick Krivda.

In addition to completing their first three-game sweep, the Diamondbacks set several team marks. They went errorless for a club-record seventh consecutive game, and their pitchers held the opposition without a homer for the fourth straight game, another team record.

Anderson, who leads the National League with 19 homers allowed, has gone two starts without allowing a homer, his best stretch of the season.

Notes: In the last four games, Diamondbacks starters have a 1.24 earned run average, allowing six runs and 32 hits in 38 innings without allowing a homer. ... Arizona has had an extra-base hit in its last 59 games. ... Reds owner Marge Schott, recovering from a broken hip suffered on opening day, made a rare appearance at the stadium. With the help of a cane, she walked onto the field before the game and got hugs from Reggie Sanders, Willie Greene, Bret Boone and McKeon. ... McKeon made two changes in his starting lineup, resting Larkin (in a 2-for-14 slump) and Greene, who has not homered in 23 games or driven in a run in 17.