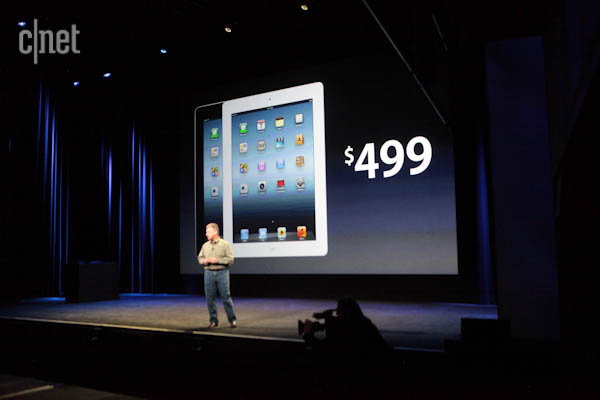 NEW YORK - Apple Inc.'s (AAPL) stock has touched $600 for the first time, the day before the company's latest iPad goes on sale.

The stock reached $600.01 just after the market opened and is now at $597 in the first half-hour of trading.

Apple's market capitalization is now nearly $555 billion. It topped $500 billion for the first time in late February, a market value peak where few companies have ventured.

Anticipation is high for Apple's latest creation. Some industry experts believe the Cupertino, Calif., company could sell 1 million of the new iPads on Friday, when it becomes available to the public.

Fans, critics: Give the new iPad and Apple a break
Apple almost bigger than all retailers combined

Apple has already stopped taking advance orders for Friday and said customers should expect a two- to three-week wait for purchases made through its online store.