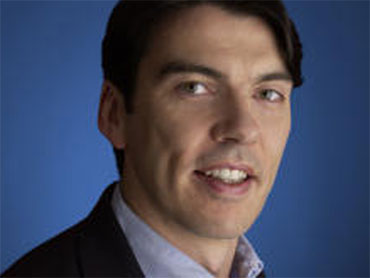 This story was written by CNET's Caroline McCarthy


We get it, Tim Armstrong. We know the still relatively new AOL CEO is all about reinventing the once-mighty online access company into a digital publishing powerhouse. But that didn't stop him from really hammering the point home at The Atlantic's high-profile sales executive at Google, said in his talk, which was streamed live online. "If I had to describe it in one word, I think it's content, and I think it's content because there's an opportunity to marry what the content's already done with what the content can do."

One of his goals at AOL, he said, is to evolve and simplify the display advertising industry in a manner inspired by the success of search advertising. "When you have millions of advertisers that can sign up online in 10 minutes and run a global search campaign," he explained, "the same thing needs to be brought to display."

Armstrong has reason to believe in content. AOL acquired a solid portfolio of blogs when it purchased publishing network Weblogs Inc. in 2005, and the titles it's launched since then have largely been well-received--even though Armstrong promptly did away with the "MediaGlow" branding that had been established for the company's content division soon into his reign as CEO.

AOL has reach: 100 million visitors in the U.S., and 275 million globally. It'll soon be wholly independent from parent company Time Warner. Plus, the traditional print publishing industry is so beleaguered that it's about time a digital power stepped up to the plate.

But there are still plenty of issues at stake. Armstrong said that the ultimate answer to one of the biggest controversies in new-media publishing--do you charge for it or not?--will be that the Web will gravitate toward a mix of free, ad-supported content and paid offerings.

"I think consumers are smart. I think that if the content is really good, people will pay for it," he said. "I do think there's cases where I think if you can add enough value to content, people are going to pay for it. I think The Wall Street Journal's a good example of this."

Meanwhile, Armstrong expects the digital advertising industry to continue to mature, despite the fact that revenue has still been dampened by the recession. "When I came from Google to AOL the first meeting that I did was in Baltimore, at our Advertising.com (offices)," he related, referring to the ad network that AOL acquired in 2004. "One of the employees said, 'How many ad campaigns do you think we should be running?' and I said, I don't know, 500,000, and the audience went blank."

He continued, "The number was a few thousand, and for me that was shocking because I came from a place where we went from having a few hundred customers to having a million customers. And why hasn't AOL thought in that direction and that scale?"

Part of achieving that scale, he explained, involves getting pretty deep into local advertising markets, something that AOL sees as an untapped resource for both audiences and ad dollars. At the Atlantic event, he showed off some visuals from Patch, the local-news start-up that he invested in prior to his arrival at AOL; AOL ultimately acquired it. The start-up is currently restricted to about a dozen towns, mostly in New Jersey, but a gradual expansion is on the road map.

"In the town we're covering every single thing that a consumer in that town should be concerned about," Armstrong said of Patch, which employs a professional journalist in each town as well as aggregates local news from other sources. "The thing you don't see from the surface here is (that) we built a massive structured database underneath this. We've digitized the entire town."