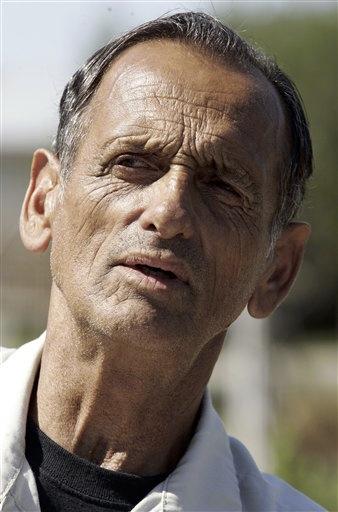 A chemical specially designed to thwart how the AIDS virus invades during sex offers scientists a new lead in the long quest for a vaginal gel that women could apply to protect themselves when men don't use a condom.

The experimental drug isn't ready for human testing yet, but it provided potent protection to female monkeys exposed to large amounts of an AIDS virus, researchers reported Thursday in the journal Science.

The chemical prevented HIV from invading vaginal tissue by blocking its preferred cellular doorway, the first evidence that targeting that portal is sufficient to prevent infection.

"Having a target in some ways could simplify approaches to prevention."

"There's been a lot of difficulty in getting microbicides to be both effective and non-irritating," said Dr. Anthony Fauci, director of the National Institute of Allergy and Infectious Diseases. "This is a step forward."

HIV infection is rising more rapidly among women than men in many parts of the world. Half of all adults living with HIV and AIDS worldwide are female, compared with 41 percent in 1997, according to the Joint United Nations Program on HIV/AIDS. In sub-Saharan Africa, for example, the figure is nearly 60 percent, the group says.

The microbicide hunt has proved difficult. The first product actually promoted for HIV protection, the spermicide nonoxynol-9, was ultimately found to increase the chance of infection because it irritated vaginal tissue.

HIV invades cells through "receptor" molecules on their surfaces; it prefers one called CCR5. Scientists have long known that people who lack CCR5 because of genetic mutations hardly ever get HIV — and that the body harbors another molecule called RANTES that can block HIV by sticking to CCR5 first.

Lederman partnered with Swiss researchers who created a manmade RANTES version thousands of times more potent at blocking CCR5. They gave 30 monkeys a hormone to make them more vulnerable to HIV infection. Then they sprayed their vaginas with the new chemical, called PSC-RANTES, and 15 minutes later squirted in high doses of a monkey-human strain of AIDS virus.

Monkeys who received the highest dose of PSC-RANTES were completely protected; a lower dose provided 80 percent protection. There were no detectable side effects.

PSC-RANTES costs a lot to manufacture, so the scientists are working on cheaper formulas, and on a gel version that could stay in the vagina longer. More safety studies in animals are needed, too. But "if we're lucky," a CCR5-blocking molecule might begin small safety studies in women in a year, Lederman said.

It's crucial to develop multiple methods to block sexually transmitted HIV, said Dr. Zeda Rosenberg of the International Partnership for Microbicides. "Having a drug that specifically blocks HIV's receptors is a really important piece."

The research was funded by the U.S. and Swiss governments.