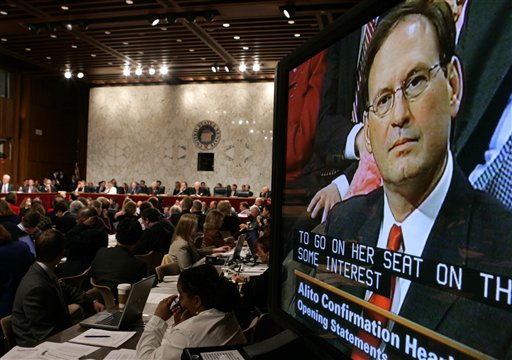 The give-and-take session on the Ohio State University campus was, at times, so boisterous and polarizing that it brought back memories of the turbulent 1960s when the country was savagely divided over the war in Vietnam. In recalling that war Â– and the angry demonstrations it provoked Â– it's worth noting that next month we'll be observing the 30th anniversary of one of the most dramatic moments in American political history.

On the night of March 31, 1968 President Lyndon Johnson startled the country when, at the end of a television speech to a nationwide audience, he unexpectedly announced that he would not seek re-election. In essence, his Presidency had become yet another casualty of America's debacle in Vietnam.

During Johnson's reign in the White House, the U.S. presence in Vietnam sharply escalated to the point that more than 500,000 American troops were engaged in the war effort there. And as the fighting continued to grow in scope and ferocity, so did the casualties. With each passing year, more and more young Americans were coming home in body bags.

By 1968 the rising discontent with the long and frustrating war had reached the boiling point. Those who opposed the war on moral and legal grounds Â– the so-called "doves" Â– staged demonstrations where they raised their voices in strident protest.

"Hey, hey, LBJ, how many kids did you kill today?" was one of their favorite battle cries.

At the other extreme were the militant "hawks," people who approved of the mission in Vietnam but were scornful of the Johnson Administration's limited commitment and objectives. Instead of being content with the strategy of curbing Communist aggression in South Vietnam, they called for an all-out offensive by U.S. forces, including, if necessary, the use of nuclear weapons.

The bitter confrontations taking place from coast to coast were tearing the country apart. One had to look back to the Civil War Â– in the middle of the 19th Century Â– to find a comparable time of terrible division and turmoil in America.

And in the process, Lyndon Johnson, who just a few years earlier had been an enormously powerful and popular President, had, by now, become a reviled figure whose political support had shrunk to a narrow, untenable base Â– and he knew it.

Next: The End Of Vietnam Syndrome?

Unrest At Both Ends Of The Spectrum /
The End Of Vietnam Syndrome? / Welcome To Someday