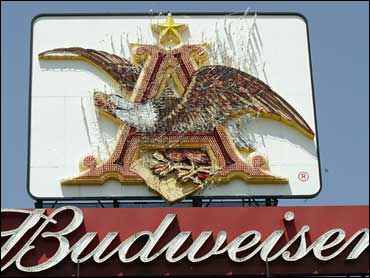 Anheuser-Busch said Thursday it will stop selling a malt beverage called Spykes, a product under fire from critics who charged that it appealed to underage drinkers.

"Due to its limited volume potential and unfounded criticism, we have ceased production of Spykes," Michael J. Owens, Anheuser-Busch Cos.' marketing vice president, said in a statement.

He said Spykes was introduced about two years ago in test markets, and nationwide in January, but had not performed to expectations. Critics said the product was designed to attract underage drinkers.

Owens rejected that criticism, saying that Spykes was the lowest-alcohol content product in its market segment. The brewer has said younger drinkers favor products with higher alcohol content.

"Nonetheless, it was unduly attacked by perennial anti-alcohol groups, such as the Center for Science in the Public Interest and the Marin Institute," he said.

The Marin Institute, an alcohol industry watchdog based in San Rafael, Calif., said it was pleased with Anheuser-Busch's decision after many organizations and dozens of attorneys general raised concerns that the brewer was targeting underage drinkers with the product.

"It's fine to point fingers, but it wasn't just us screaming bloody murder against this product," said research and policy director Michele Simon.

A phone call seeking comment from the Center for Science in the Public Interest was not immediately returned after business hours Thursday.

Spykes is a 2-ounce bottle of flavored-malt beverage meant to be mixed with beer or other drinks, or consumed as a shot. Packaged in colorful bottles, Spykes contains 12 percent alcohol by volume.

Critics, including more than two dozen state attorneys general, say those characteristics are attractive to underage drinkers. They say the flavor masks the strong taste of alcohol.

Spykes comes in four flavors — lime, mango, melon and hot chocolate. It also contains caffeine, ginseng and guarana, which are components of energy drinks popular among teens and young adults.

Connecticut Attorney General Richard Blumenthal said, "This move by Anheuser-Busch, ceasing sales of Spykes after attorneys general raised significant concerns, is a significant victory in the fight against underage drinking."

He said Spykes appealed to children in taste, packaging and marketing.

"Anheuser-Busch is doing the right thing about Spykes — and should become a model for the entire industry by stopping marketing of all caffeinated alcoholic drinks that appeal to underage drinkers," Blumenthal said.