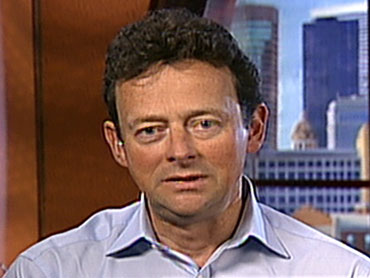 As if the failed attempts at containing the massive oil spill in the Gulf of Mexico weren't enough, now BP is facing a public relations snag.

The oil company is now trying to mop up comments made Sunday by chief executive Tony Hayward, who said that "nobody wants this thing over more than I do. I'd like my life back."

Trying to save face on Facebook, Hayward posted an apology to the families of the 11 men who were killed in the April 20 rig explosion, CBS News correspondent Mark Strassmann reported on "The Early Show".

"Those words don't represent how I feel about this tragedy," Hayward wrote.

The Financial Times quoted Tony Hayward as saying it was "an entirely fair criticism" that the company wasn't fully ready.

"What is undoubtedly true is that we did not have the tools you would want in your tool kit," Hayward was quoted as saying.

However, Hayward said BP had been successful so far in keeping most of the oil away from the southeastern U.S. coast.

"Considering how big this has been, very little has got away from us," Hayward was quoted as saying.

Hayward said the April 20 explosion on an oil rig that caused the leak was a "one in a million chance," but that risk needed to be cut to one in a billion or even one in a trillion.

BP's latest attempted to stop the leak stalled Wednesday when a diamond-tipped saw became stuck while trying to cut the pipe.

The company plans another attempt with giant shears, but said that even if that works it will be less satisfactory than if the saw had completed a clean cut.