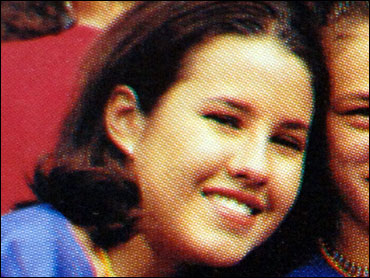 Three years ago, Todd Pratt was out of baseball, teaching at Bucky Dent's baseball school. Turned out he might have learned a lesson, too.

Baseball's improbable team found an unlikely hero when Pratt, replacing injured Mike Piazza for the second straight day, homered in the 10th inning Saturday for a 4-3 victory that gave the New York Mets a 3-1 win over Arizona in their first-round NL playoff series.

"I'm not the offensive power like Mike, but I can handle the bat all right," said Pratt, who hit just the fourth homer in baseball history that ended a postseason series.

"Honestly, I don't think it was that big of a deal," he said. "To be honest with you, it's just another game. Don't get me wrong, I'm very happy I gave my team a chance to go to the NLCS, but I'm one guy in the mix. I could have easily been the goat today."

Just nine days after their season was considered over, the Mets advanced to the NL championship for the first time since 1988, and they did it in the incredible style they've flashed all year long. The best-of-7 series against the Braves starts Tuesday night at Atlanta, and already New York is filled with talk of its first Subway Series since 1956.

"Words can't describe how I am feeling inside," said John Franco, who got his first win in more than two years. "Growing up as a Mets' fan, getting the win in probably the biggest game here in 11 years, I am ecstatic right now."

The defending World Series chmpion Yankees advanced to the AL championship series, winning 3-0 at Texas on Saturday night to complete a three-game sweep.

"A week ago they were nowhere in sight," Yankees manager Joe Torre said of the Mets. "They're the most relaxed club in the postseason. Right now, anything they're doing is bonus time for them."

On an intense afternoon of dramatic shifts, the Mets were four outs from winning before Jay Bell's two-run, two-out double off Armando Benitez put the Diamondbacks ahead 3-2 in the eighth.

A dropped fly ball by Tony Womack, who had just moved to right field, led to Roger Cedeno's game-tying sacrifice fly in the bottom half an inning in which third-base coach Cookie Rojas was ejected and shoved left-field umpire Charlie Williams in the chest.

Pratt, a career backup who had no chance of starting once Piazza was acquired in May 1998, then set off fireworks when he connected off Matt Mantei with a drive to straightaway center.

Steve Finley jumped against the eight-foot wall at the 410-foot sign the fence is a few inches higher there than the rest of the outfield and 56,177 fans at Shea Stadium held their collective breaths for a second, unsure whether the ball was caught.

"I thought he came down with it," Mets manager Bobby Valentine said.

Pratt stopped between first and second, not knowing. Finley even brought his glove down and looked in it.

"We have all seen it a million times on the highlight films, Steve bringing back balls," Pratt said. "I thought he had the ball, actually. Then he put his head down."

Pratt leapt up and down with his arms raised in the air, sending the crowd into a frenzy and the Mets out of the bullpen and dugout.

"I thought I had it," Finley said. "I felt it in my glove. It took me a second to realize I didn't catch it. I still don't believe it."

Rey Ordonez raced onto the infield and jumped in the air, Valentine high-fived his players. Piazza, with a cast on his left hand, embraced Pratt.

Then in the chaotic Mets' clubhouse, it was time for beer-and-champagne showers as the Doors' "LA Woman" blasted on the stereo.

"He deserves this moment," said Piazza, out with a swollen left thumb. "He's worked hard all year. That's what this team is all about."

Pratt was cut by Seattle during spring training in Mach 1996, and went to work with Dent, whose homer sparked the Yankees to a victory at Boston's Fenway Park in the 1978 AL East playoff.

Said Dent, a Texas Rangers coach: "He didn't give up, didn't quit and now look he found himself in a playoff situation and hit a home run. That's great, man. It just shows that you can never give up."

Pratt came back with the Mets the following year, but almost quit again in 1998, when he was sent to the minors three times.

"I don't want to be bashing New York, because Mew York is the one that gave me the chance to come back after sitting a year out, but there was a lot of frustration and hurt last year, the way I was treated," he said.

Only Pittsburgh's Bill Mazeroski in the 1960 World Series, the Yankees' Chris Chambliss in the 1976 AL championship and Toronto's Joe Carter in the 1993 World Series hit homers that ended postseason series.

Now, the Mets play Atlanta, which went 9-3 against the Mets this season and beat them five of six in the final two weeks.

"It's going to take a good effort to stop us, and the next team we are playing is going to be playing against some ghosts, because they said we were dead," Valentine said.

Pratt had hit a comebacker in the eighth with the score tied and runners on first and third.

"I had a couple of chances to drive in some runs," he said. "We overcame adversity."'

Pratt's drive made a winner of Franco, the fans' favorite. He has struggled since returning Sept. 5 after missing two months was a finger injury, but pitched a 1-2-3 10th. Franco had lost 10 straight decisions since Sept. 13, 1997.

Arizona headed back to the desert bitterly disappointed. The Diamondbacks, in the greatest one-year turnaround in major league history, improved from 65-97 in their expansion year to 100-62, becoming the first second-year franchise to make the postseason.

They could have brought back Randy Johnson on three days' rest Saturday, but elected to hold him back for a fifth game that won't be played.

Without Piazza, Edgardo Alfonzo provided the power again with his third home run of the series, a solo shot in the fourth.

Greg Colbrunn's homer tied it for Arizona in the fifth and Benny Agbayani's RBI double gave New York a 2-1 lead in the sixth.

Al Leiter took a two-hitter into the eighth when he walked pinch-hitter Turner Ward with two outs, and Womack reached when the Mets' usually infallible infield hiccuped.

Alfonzo couldn't come up with the one-hopper to second it would have been a good play if he had made it and Womack reached on the hit.

In came Benitez, who converted 22 of 28 saves chances during the regular season, taking over as the closer after Franco got hurt, and Bell doubled off the wall.

Melvin Mora, who came in for Rickey Henderson at the start of the inning, then saved a run and possibly the game. Matt Williams singled to left and Mora threw to the plate, where Pratt tagged out Bell.

"I knew he was going to throw him out," Pratt said. "Jay Bell is not the fleetest player out there."

Amidst all the celebrating, the Mets were looking both behind and ahead.

"It was a team effort," Pratt said, "and we really haven't done anything yet, actually."