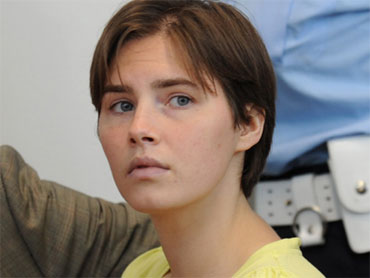 Ever since Seattle student Amanda Knox was convicted in Italy last December of murdering her roommate, the case has been analyzed by crime and legal experts in the U.S. Some believe Knox, now 23, was a victim of a flawed investigation and Italian justice system.

Steve Moore, a retired FBI agent, is now one of those investigators.

For nearly three years, Amanda Knox has been in an Italian prison. She's currently appealing her conviction for the November 2007 murder of her roommate, 21-year-old Meredith Kercher.

Knox was sentenced to 26 years in prison. Her former boyfriend, Raffaele Sollecito, who was also convicted, received 25 years. Prosecutors say the two slit Kercher's throat after she refused to take part in a sexual game.

The Knox family says the prosecution had no physical evidence linking Amanda's to the crime scene. Knox claims that after hours of badgering by police, she was coerced into giving a confession.

Moore followed the Amanda Knox trial and had no doubt in his mind that she was guilty. That was until his wife, watching a CBS News "48 Hours Mystery" late last year on the Knox case, became convinced that she was innocent. Moore investigated trial transcripts, examined police and autopsy reports and analyzed videotape of police gathering evidence at the crime scene.

But what he didn't see was any evidence for the prosecution's theory.

Moore said on "The Early Show" Thursday, "I started to wonder what was going on. There was no evidence that would support her conviction. I started looking and looking. The more I looked, the more concerned I got until I realized there wasn't anything there."

In fact, Moore says there is a physical impossibility that Knox or her then-boyfriend were at the crime scene.

He explained, "When a person dies from losing blood, you lose about two liters of blood. This was a very small room. Imagine just throwing two liters of blood all over the floor of this room. Very small room. If three people were in there, there would be footprints, hand prints, palm prints, hairs -- they said there was a struggle on so there would be hairs from all three of them. They was a drifter, allegedly, Amanda and Raffaele. There was nothing from Amanda and Raffaele -- nothing. The drifter left palm prints, bloody fingerprints, DNA, he left everything all over the room. There was all that for one person. There was not anything for Amanda and Raffaele."

After looking through hours of the crime scene video that started the moment police arrived, Moore says, "There is nothing to put them in that room."

And regarding Knox's confession, Moore said she was "absolutely coerced."

He said, "The bad joke is you can always convict anyone. It's just the innocent take a little more time."

He added a technique called "leapfrog" was used by Italian police on Knox. The method, he explained, consists of questioning a suspect ove a long period. In Knox's case, he said it was all night by two people every hour.

Moore added the prosecutor who led the case against Knox, Giuliano Mignini, was convicted himself of malfeasance for conduct during a separate murder investigation.