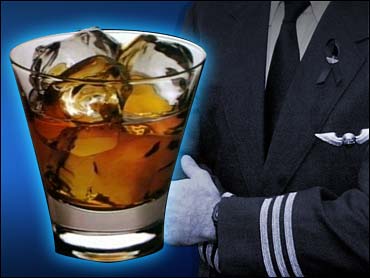 Minutes before a Southwest Airlines plane was to take off Sunday, the co-pilot was taken off and arrested by the FBI on suspicion of being intoxicated.

Airport police removed him from the aircraft, Kiernan said.

The Boeing 737 was scheduled to depart Salt Lake City International Airport with 123 passengers at 8 a.m., traveling first to Phoenix and then to Albuquerque, N.M. It departed 15 minutes late, after the co-pilot was replaced.

Police administered a breathalyzer test, but the results were not being released Sunday, Kiernan said.

Carl Fulton, 41, of Fort Worth, Texas, was arrested by FBI agents and booked into the Salt Lake County Jail just after noon for investigation of operating a common carrier while under the influence of alcohol or drugs, a federal offense.

The U.S. attorney's office screened the case and was expected to file charges on Monday, Kiernan said. The offense carries a penalty of up to 15 years in federal prison and fines.

"We take any allegations that affect the safety of our customers and crews very seriously," she said.

Fulton has worked for Southwest for two years and is based in Dallas. He is now on administrative leave pending the outcome of the criminal investigation, Berg said.

"He has no prior offenses," she said.

Federal Aviation Administration officials also were called Sunday, Kiernan said. An FAA official interviewed him and will conduct an investigation.