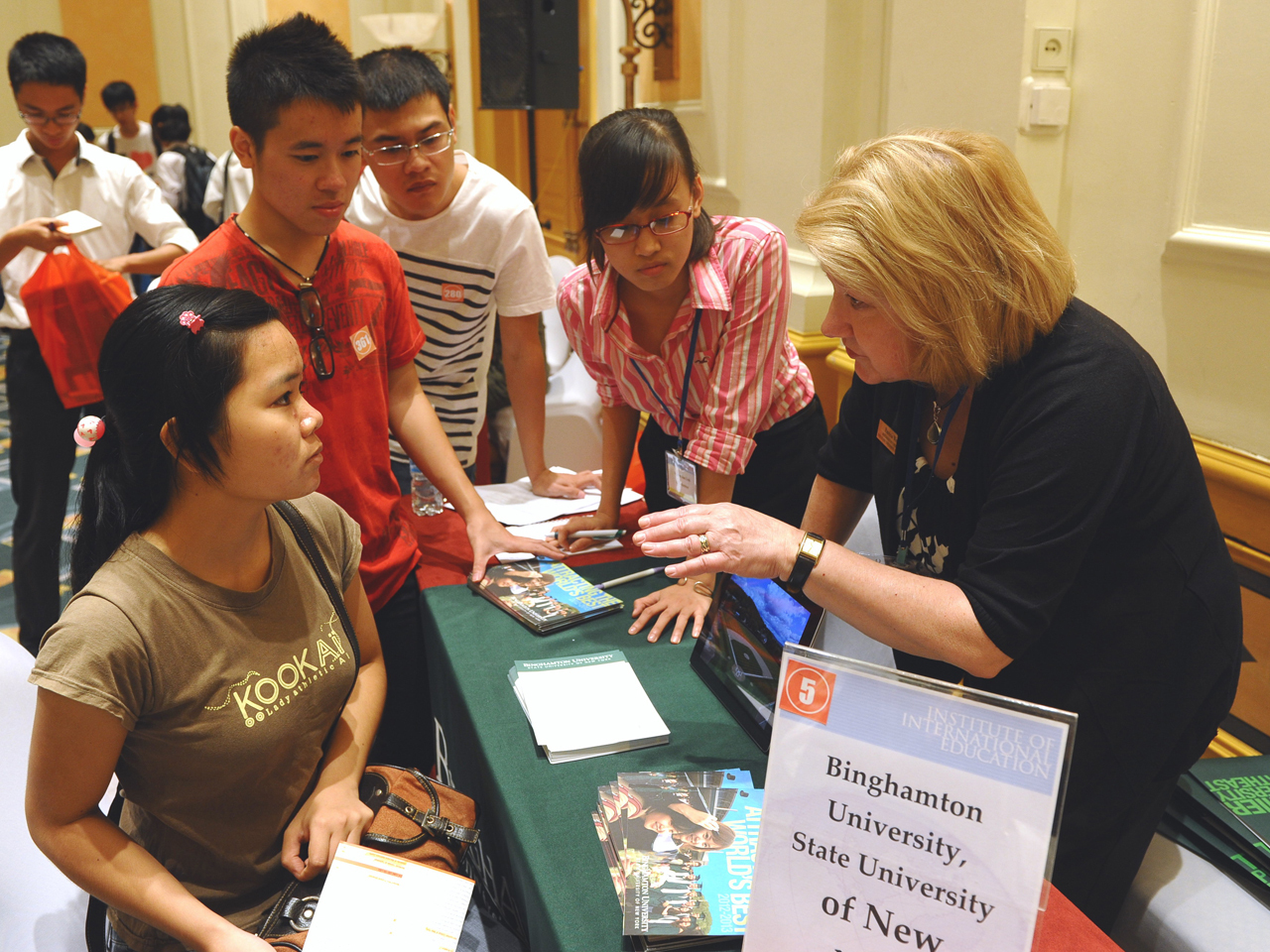 (Moneywatch) While families continue to complain about the cost of a college education, American colleges and universities have never been more popular with international students.

The number of foreigners studying in schools here reached a record high of 819,644 students during the 2012-2013 academic year, which represents a seven percent increase, according to the annual Open Doors Report on International Educational Exchange, which is a joint effort by the Institute of International Education and the U.S. Department of State.

The number of Americans studying abroad also reached an all-time high, although the number pales in comparison to foreign interest in our schools. U.S. students studying elsewhere jumped by three percent to 283,332. Less than 10 percent of American college students study abroad.

As you can see from the below chart, the number of foreign students attending U.S. colleges has been steadily climbing over the decades and the report suggested that the trend will continue. Enrollment had slowed during the economic slowdown in 2007-2008, but it has rebounded to previous high rates of growth. There are now 40 percent more international students studying here than a decade ago.

Countries of origin for international students

Private and public colleges and universities in this country have been courting wealthy Chinese students as a way to boost their revenue and some of them have been hiring recruiting agents, which has been a controversial practice in higher-ed circles.

Here are the countries that are providing the largest numbers of students studying in the U.S.:

Colleges that were surveyed said the major reasons for their increased popularity were recruitment efforts (68 percent), the growing reputation and visibility of U.S. campuses abroad (61 percent), the growth of the middle class in rapidly developing countries (43 percent) and increased linkages with overseas institutions (31 percent.)

Most popular destinations for American students

Most American students who study abroad do so for a relatively short period of time. Fifty nine percent of the Americans lived in a foreign country for the summer or for eight weeks or less.

Thirty eight percent studied for a semester (like my son did in Budapest, Hungary, where he was enrolled in a mathematics program) and even fewer managed to duplicate what my daughter accomplished -- she studied for an entire academic year overseas (3.2 percent). My daughter, who majored in Spanish, attended the University of Barcelona for a year.

Higher-ed research has repeatedly concluded that studying abroad is one of the best activities that Americans students can do to improve their educational experience.

Six of the top 10 destinations for Americans were located in Europe.