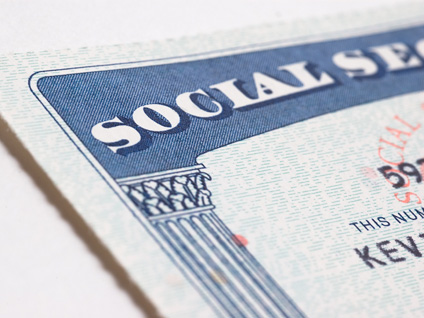 As an annual tradition, the first lady prepares for a Washington, D.C., winter holiday season with one festive idea.

For this year's White House decorations, Laura Bush selected "All Creatures Great and Small" as a theme to celebrate the joy and comfort pets have brought presidents and their families over the years.

As part of the theme, replicas of 25 First Family pets will be on display throughout the White House. They were designed, crafted and decorated by White House residence staff members.

"There are very many interesting stories about all the animals that have lived here, and entertained and comforted or worked for different presidents while they were here," said the first lady.

Interestingly, not all the pets were dogs or cats. John Quincy Adams had an alligator he received as a gift from the Frenchman Lafayette. John F. Kennedy had a canary, parakeets, hamsters and horses. Woodrow Wilson had a ram and sheep that grazed on the White House lawn. The current White House pets are Barney the Scottish terrier, Spot the dog and India the cat.

"Back behind me on the mantel is Nelson, who was George Washington's horse that he rode always. And, of course, George Washington didn't live here. But he and Martha Washington both really loved animals. And I think they started the whole presidential tradition of having animals around," explained Mrs. Bush.

Since July, the Executive Residence staff has worked on creating replicas of the animals that have lived in the White House. The 25 figures will be on display on mantels and pier tables throughout the White House and the White House Visitor Center.

"All the decorators who come in from around the country, different florists who want to help decorate, had to work late on Monday night and Tuesday night so we could have our first party yesterday," Mrs. Bush said. "Last night, we lit the menorah for the sixth day of Hanukkah and had a Hanukkah celebration. And tonight, we have people coming in from around the country. We hope their planes will be able to land in all the snow here, for a party tonight."

Also, U.S. governors submitted names of artisans in each state to design ornaments for the Blue Room tree. The artists then went to work creating ornaments depicting birds indigenous to their home states.

The decorations around the house, as usual, are unusual. They're different every year.

"This year, we have huge poinsettia trees out here in the grand foyer. And I don't know if people know the story of the poinsettia and how it became such an important American flower for American Christmas, but it really was because of a United States ambassador to Mexico whose name was Poinsett. He went to Mexico and spotted these beautiful flowers. And when he went home to his home state of South Carolina, he started growing poinsettias and now they're the traditional flower in America for the holiday," explained the first lady.

This year's official Christmas card was designed by artist Zhen-Huan Lu of
Atlanta, Ga., and depicts a 1938 Steinway piano in the Grand Foyer on the
State Floor of the White House.

Last year, Christmas at the White House was pretty somber, because of what had happened on Sept. 11, and this year, the shadow of war hangs over the country.

"I think it makes it a very serious holiday. But I also think, and this is true here at the White House, but all over the United States, it makes it a holiday where we really want to be with our family members. Where we treasure, again, our freedoms that we're so fortunate to have as Americans," said Mrs. Bush.

"It's a holiday where the president and I, for sure, and I think most Americans, are very proud of the men and women of the United States military, and their families, who are separated this Christmas because our men and women in the military are deployed around the world. It gives us all a chance to thank those families, those military families again, for the sacrifices they make for us, and for our country," she added.