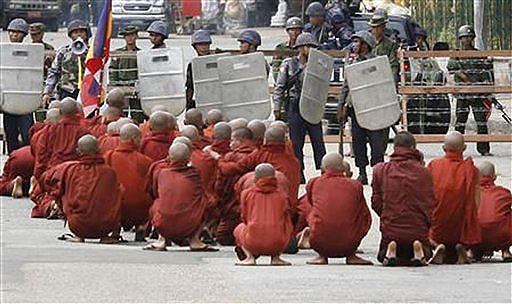 The Air Force has identified 54 cases of rape or sexual assault in its investigation into impropriety at the Air Force Academy and there are likely many more cadets who will not come forward, Air Force Secretary James Roche said Thursday.

"The part that is the saddest thing ... whatever we see, whatever the number is, 25, 50, there are probably a hundred more that we do not see," Roche said during a hearing of the Senate Armed Services Committee. It wasn't immediately clear when the assaults occured.

"We're learning enough to realize that change must occur — change in the climate, change in how we manage" the academy, Roche said.

Roche said cases are being identified that will be the top priority for follow-up by the Defense Department's inspector general, focusing efforts on cases "where the person who placed the accusation felt the system let them down."

Roche also said Air Force Chief of Staff Gen. John P. Jumper was traveling to the Air Force Academy Thursday to meet with cadets. Jumper planned to remind cadets that they have a duty to report anything they might know about any alleged assaults, he said.

Sen. Wayne Allard, R-Colo., said he believes the situation at the academy is worse than the 1991 Tailhook Scandal — when dozens of women complained they were groped or assaulted by drunken pilots at a Navy booster group's convention — because the system has failed the cadets in this case.

"The entire support and legal system at the academy appears to have failed," Allard said. "We really do need to instill confidence in the system so victims know when they report rape they know the rape itself will not jeopardize their career."

Meanwhile, Rep. Tom Tancredo, R-Colo., has accused the academy's top commanders of mishandling rape allegations and said they should be removed. But a spokesman for Roche and Chief of Staff Gen. John P. Jumper issued a statement refusing to blame the academy's top brass.

"We believe this regrettable situation has resulted from a climate at the academy that has evolved over time," Lt. Col. Chester Curtis said. "We will not make a scapegoat of anyone nor offer pre-emptive judgments on any issue, but will ensure justice is served on all levels."

In the last 10 years, there have been two cadets charged with rape. One was acquitted, the other pleaded guilty at a court martial and was sentenced to seven months in jail. In other cases, administrative action was taken because there was not enough evidence to prosecute, Roche said.

Allard had criticized Air Force investigators for leaving Colorado without talking with 10 current cadets who have said they were raped. He also said he was unhappy the investigators did not consult a civilian rape crisis center whose counselors say they have heard from 22 cadets in the past 15 years who reported being assaulted.

Sen. James Warner, R-Va., chairman of the committee, told the heads of each branch of the military that they have a responsibility to examine their service academies to make sure the same thing is not happening there.