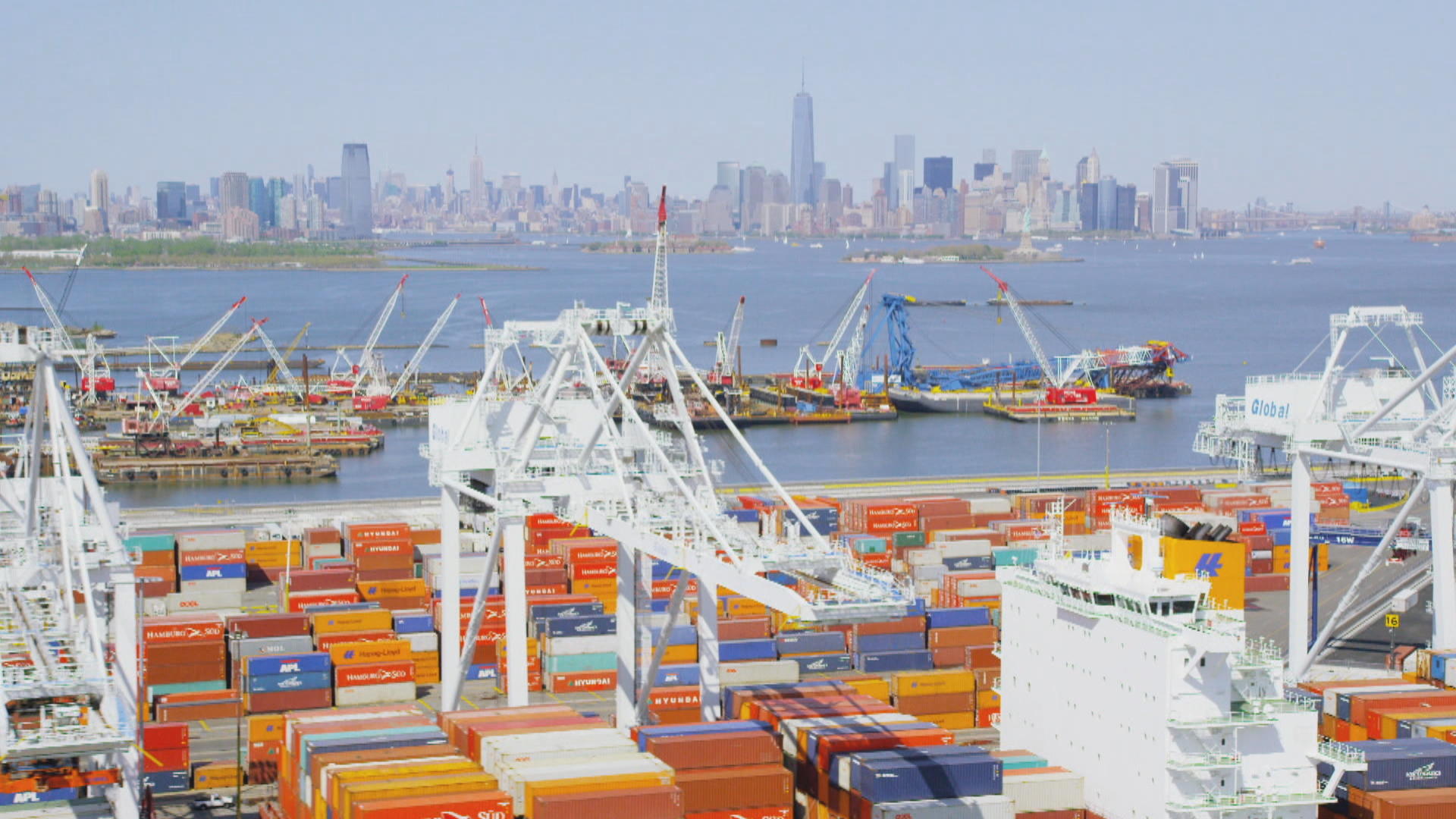 Marlon Brando starred in the 1954 movie "On the Waterfront" as a dockworker who turned against corruption. Sixty-four years later, the agency created to clean up organized crime on the real waterfront is fighting to survive.

It's already the busiest port on the East Coast, and now the cranes and docks of New York Harbor are poised to get even busier as giant new ships arrive from around the world, reports CBS News correspondent Tony Dokoupil. But the modern waterfront still hasn't shaken its criminal past, according to the watchdog group responsible for fighting organized crime on the docks.

"I like to say if you watch 'On the Waterfront,' not much has changed, except the waterfront is now in color," Walter Arsenault said.

Arsenault is executive director of the Waterfront Commission of New York Harbor, a special bi-state agency created in 1953 to fight the type of institutional corruption that was prevalent back when his grandfather worked there.

"New York is blessed, if that's the right word, in quotes, with five organized crime families," Arsenault said, adding all the families are in some ways "absolutely" connected to the port.

As a choke point in the global economy, the port has historically been exploited by criminals who force payoffs and other kickbacks by controlling who unloads the ships and how quickly. That's still the case, Arsenault said.

"The crazy thing about the waterfront is you tell people about it, and they look at you and say, 'Now that can't be true. There's no way that's true,'" Arsenault said.

His organization has identified some 400 longshoremen getting special deals from the shipping companies worth $117 million a year – some for work they rarely do.

"There are people who, under the agreement, are getting paid 24 hours a day?" Dokoupil asked.

"Twenty-seven hours a day because they miss meals allegedly. They get an hour meal credit for breakfast, lunch and dinner. So they're actually paid 27 hours a day, 365 days a year," Arsenault said.

Longshoreman Paul Moe held one such job, earning $493,000 a year, until he was convicted of fraud and sentenced to federal prison in March.

The commission said these special jobs are "almost always filled with favored individuals... and connected to union leaders or organized crime." They also increase the cost of everything from coffee to cars.

"Who pays those costs?" Dokoupil asked.

"Are we talking about tens of millions?"

"They do sound like the good guys. But they're not," Lesniak said. "Because they are corrupting the legitimate business practices and trying to interfere with them. That's un-American."

Lesniak's father became a longshoreman before they had the protection of organized labor, which he says is the commission now threatens.

"They're tryin' to break the union. The unions have made America strong. My Dad didn't get the benefits because he didn't have a strong union. You do not need to break the back of labor unions in order to drive out corruption anywhere," Lesniak said.

As a state senator, he led the push to transfer the Waterfront Commission's responsibilities to the New Jersey State Police.

"How is it legitimate for somebody to not show up at work and be paid 24 or even 27 hours a day?" Dokoupil asked.

"It's wrong," Lesniak said. "What are you gonna do about – how're you gonna stop that? That's times--"

"No it's not. No it's not," Lesniak said. "They have no authority over the labor agreement. That's between the terminal operators, the shipping assoc– see, that's the problem."

Over the past year the Waterfront Commission has revoked, denied or forced the withdrawal of work applications from people associated with all five of New York's notorious crime families. Arsenault said he's not worried about taking this issue on.

"I've been a prosecutor. In my past life when I was at the Department of Investigation, I did political corruption and organized crime. When I was at the Manhattan D.A.'s office, I specialized in violent drug gangs," Arsenault said. "It's what I do."

The associations representing the shipping companies and dockworkers declined to comment. So did the largest terminal operators.

The Waterfront Commission said many dockworkers are angry about the special dealing but are afraid that if they complain, they'll end up out of work or worse. As for the bill to close the Waterfront Commission, it passed the New Jersey Legislature nearly unanimously but was recently blocked by a federal judge.

Elmo's new book for kids going back to school

Phil Knight is "proud" of how Nike dealt with harassment allegations