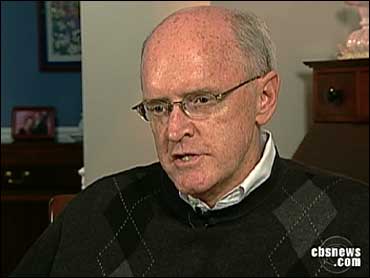 The G20's announcement had an immediate impact on the New York Stock Exchange.

How soon it gets customers into shops is anyone's guess.

"Money has to be moving around, that's what I think," said the owner of a butcher shop in Tokyo.

"Have you seen positive signs in the wake of this summit?" asked CBS News anchor Katie Couric.

"I have seen positive signs in coming together and actioning this toxic debt situation and doing it in a combined manner," he said. "And indeed that we will start to see and already starting to see the credit part of this crisis, the lack of funding, is starting to ease."

"Since last fall, when the market started to crash, I lost between 20 and 30 percent of my retirement assets," said Bill Nigh, 57, of Bowie, Md.

Nigh has been saving for the his retirement since the 1970s. He said he'll need to keep working longer than he thought to make up for what he's lost in his battered 401(k).

If Nigh is to have a chance of retiring in the next decade, analysts say the G20 leaders must act quickly to put their principles into practice: free trade, increased regulation of the financial markets and job creation.

Los Angeles architect Kimberly Eaton lost her job in February. Her severance has run out - and so has her patience.

"If one position opens up there are 100 people applying. It can go for days or weeks without finding a new opportunity," Eaton said. "Companies either have hiring freezes or are letting people go."

And the words of the G20 can't stop the labor department from reporting that the United States lost at least 650,000 more jobs in March. The World Bank warns one in 10 people living in the world's richest nations could be out of work by next year. Then there is the lingering question about the health of the banks, something the president addressed Thursday.

"I think the patient is stabilized," Mr. Obama said. "There are still wounds that have to heal."

Economists have been talking about globalization for years, but few could have predicted the speed at which foreclosures in American cities could result in bank-runs in Asia and Europe. This recession proves it's more than a catchy ad campaign. We are all connected.

"We have to be patient here. Nothing will change immediately," Wheedlon said. "We've moved a long way forward today but we still have a long way to go."