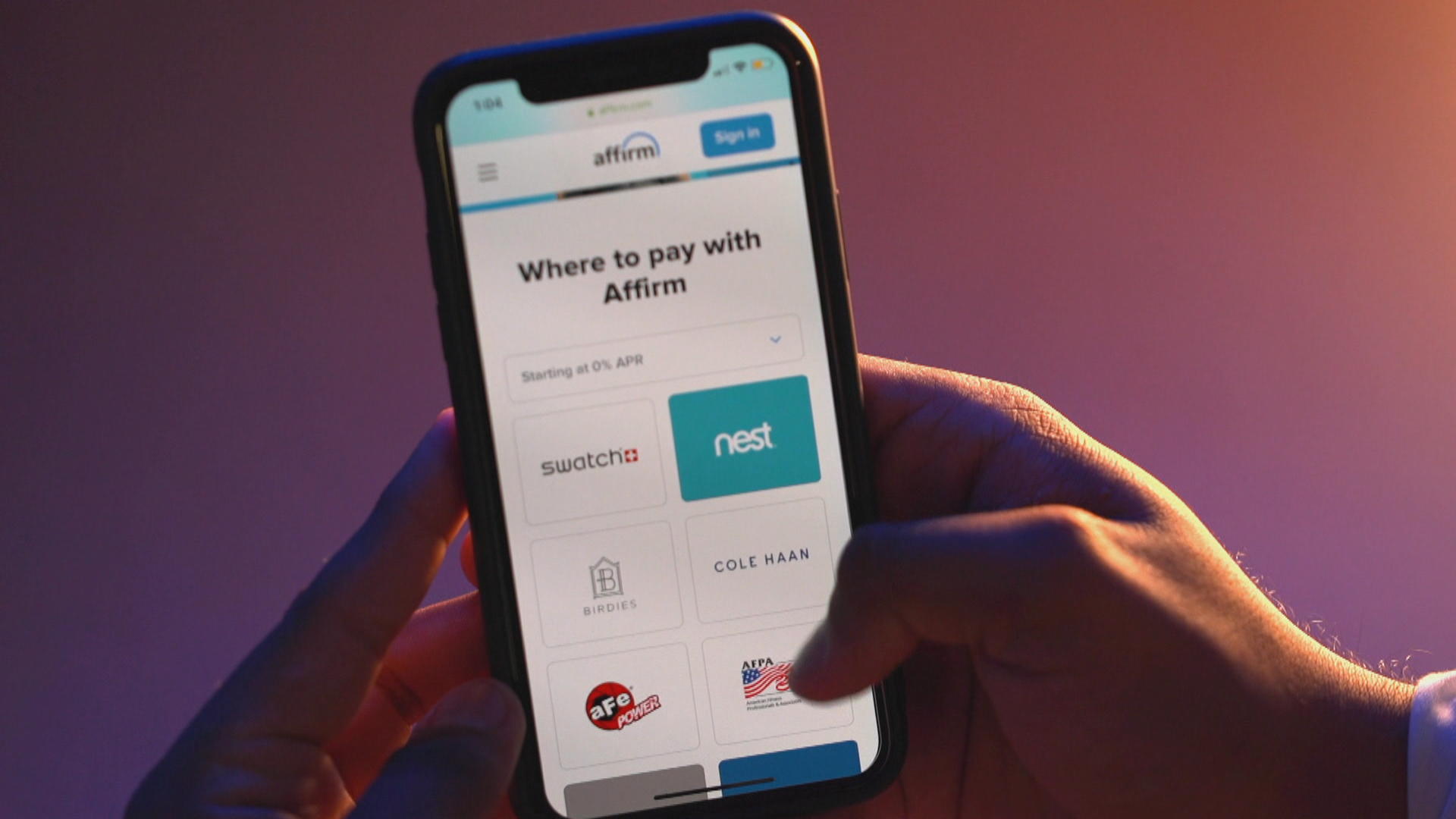 Whether you need a new watch, a new sweater, or the perfect décor for your holiday party, what you no longer need is money — not even a credit card to make it yours.

"Buy now, pay later" is the premise of the San Francisco-based Affirm, founded by Max Levchin in 2012. Several tech companies including Afterpay and Klarna are offering these point-of-sale loans, or instant installment plans, as an alternative to credit cards. But with interest rates as high as 30 percent, critics see old fashioned loan-sharking with a Silicon Valley smile.

"How many people are doing this?" CBS News correspondent Tony Dokoupil asked him.

Demand is driven in large part by millennials, or Generation Z, many fearful of credit card debt. Affirm said because their payment plans have a pre-determined interest rate with no compound interest or hidden fees, customers know exactly how much they'll pay each month for the product they purchase.

"So we limit the transaction to a thing you want to buy at the store... at the price you want to buy it, and it creates financial certainty for our customers especially the ones that really need it," Levchin said.

Levchin said the average Affirm loan is around $799, which takes "a typical term" of about 11 months to pay off.

He said the company uses its own formula to approve loans to a wider pool of people, including people with bad credit scores or no credit at all. Each purchase will show up as a separate loan on your credit report and issues with the loan can quickly hurt your credit score.

Steven and Jessica Briskman learned that last year when they tried to return a camera they purchased with affirm to promote their business.

"We didn't open the box. We slapped that return sticker on… sent it back. Expected everything to go smooth from there," Jessica said.

While they said using the service was easy, the process to finally cancel their loan was a "nightmare."

"An absolute nightmare," Jessica said. "Seven months later, two dings on my credit and having a hard time getting a loan, you know – it just wasn't right."

We asked Affirm what happens to customer's loans if products, like Briskman's camera, are returned. The company said the return policy can vary merchant to merchant, but if the merchant offers a full refund, the company will work to unwind the loan.

Personal loan balances in America, which include this type of financing, more than doubled since 2014. They grew five times faster than credit card debt between the first quarter of 2017 and the same period this year.

Lauren Leimbach is the executive director of the consumer advocacy group Community Financial Resources. She warned that Affirms's average interest rate – 17 percent – is similar to most credit cards and that the marketing seems to encourage irresponsible buying by young people who may not be able to afford it.

"The way it's structured, it is not a sit-down and think moment. It's do you want to make the purchase or not," Leimbach said. "So the product could be a very helpful product, but right now, the way it's being marketed, it's enabling bad behavior."

"What do you say to the criticism that you are enabling frivolous classic consumer purchases that people don't really need?" Dokoupil asked Levchin.

"I just find it very, very difficult to claim the authority that we know what people need," Levchin said.

"You are inviting people down a road that they may not be able to pay the bills on."

"No, I am inviting them down the road to responsibly have access to things that they should be able to afford," Levchin said.

Dokoupil posed the idea of a hypothetical customer: "I used Affirm to get a pair of pants for work in the fall, I paid it off, it cost me $20 in interest. That's $20 I don't have for that pair of pants in the spring. Now I'm on another Affirm loan, now it's $40, then it's $80."

"Is the alternative to go pantless?" Levchin said with a smile.

The bottom line from consumer watchdogs is: if you can pay your credit card off on time, it's likely at a lower interest than Affirm. And if you can't, well, it might be wise not to buy it.