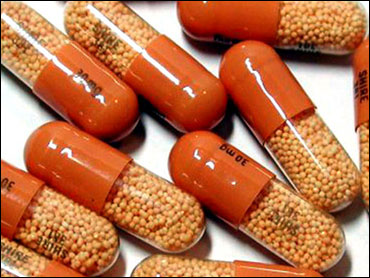 This week's episode of CBS Doc Dot Com took me to a college campus where I got schooled by two students about the widespread use of ADHD meds - by kids without a diagnosis of the condition - to study, stay attentive, and sometimes just to feel good.

A 2005 Web survey found that 5 percent of U.S. undergraduates reported having used stimulants over the previous year for non-medical reasons. But the real number may be much higher, especially if you listen to the students I interviewed with Dr. William Fisher, a psychiatrist at Columbia University Medical Center.

Features of ADHD include inattention, hyperactivity, and impulsiveness. A national survey in 2003 reported that about 4.4 million children in the U.S. have been diagnosed with ADHD and 56 percent take medication to treat it. It's estimated that about one- to two-thirds of the children with ADHD continue to have symptoms in adult life.

ADHD medication was in the news last week with a report that medication use in elementary school children improved math and reading scores. The gains - equal to about a fifth of a school year in math and a third of a school year in reading - still left the treated children lagging behind kids without the disorder. The study fans an ongoing debate on who should receive medications such as Adderall and Ritalin. These medications - along with behavioral/psychological therapy and educational interventions - help patients with ADHD; but they're also being used by students and adults who have not been diagnosed with the disorder.

These drugs have potentially serious side-effects such as high blood pressure, irregular heart beat, and dependency. Doctors prescribing them for patients with ADHD should be carefully weighing the risks and benefits. People taking them on their own are rolling the dice with their health. No matter what you may feel philosophically about using these stimulants, the risk-benefit of their use in patients without ADHD has simply not been established.

I feel strongly that ADHD medications should only be used under the guidance of a physician. But that's apparently often not the case. In today's segment, we explore this issue further. Why do people without ADHD take stimulants? How do they start? How does it make them feel? Is society's metronome pulsing so much faster today that people feel pressured to take drugs just to keep up? Click here for a fascinating related article which appeared recently in The New Yorker.