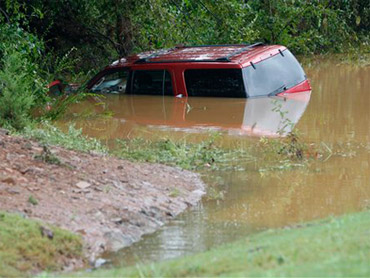 The Insurance Institute for Highway Safety has given its highest score of "good" in frontal, side and rear-impact testing for the vehicles, built by Honda and Ford.

The M-D-X, Taurus and Sable received the Institute's "top safety pick" award. It's given to vehicles that receive the highest scores on the crash tests and have electronic stability control.

Stability control is optional on the 2008 Taurus and Sable, which also offer side air bags with head protection as standard equipment.

Earlier versions of the 2007 M-D-X had low ratings in seat/head restraints. But the Institute says Honda engineers improved the design of the head restraint.