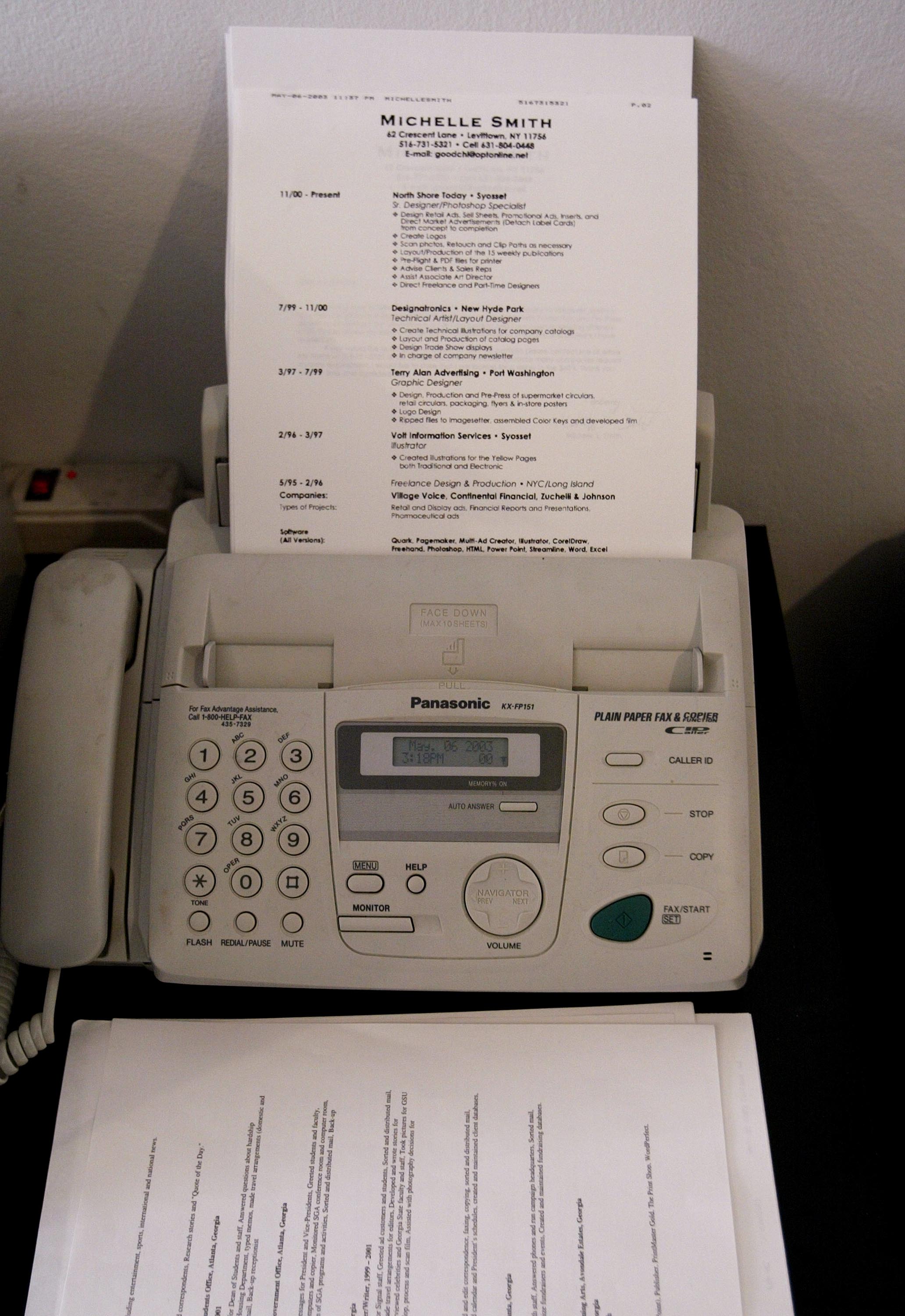 Activists worried about online privacy are sending Congress a message with some old-school technology: They're sending faxes -- more than 6.2 million, they claim -- to express opposition to the Cybersecurity Information Sharing Act (CISA).

Why faxes? "Congress is stuck in 1984 and doesn't understand modern technology," according to the campaign Fax Big Brother.

The week-long campaign was organized by the nonpartisan Electronic Frontier Foundation, the group Access and Fight for the Future, the activist group behind the major Internet protests that helped derail a pair of anti-piracy bills in 2012. It also has the backing of a dozen groups like the ACLU, the American Library Association, National Association of Criminal Defense Lawyers and others.

CISA aims to facilitate information sharing regarding cyberthreats between the government and the private sector. The bill gained more attention following the massive hack in which the records of nearly 22 million people were stolen from government computers.

"The ability to easily and quickly share cyber attack information, along with ways to counter attacks, is a key method to stop them from happening in the first place," Sen. Dianne Feinstein, D-California, who helped introduce CISA, said in a statement after the hack.

Senate leadership had planned to vote on CISA this week before leaving for its August recess. However, the bill may be sidelined for the time being as the Republican-led Senate puts precedent on a legislative effort to defund Planned Parenthood.

Even as the bill was put on the backburner, the grassroots campaign to stop it gained steam. Fight for the Future started sending faxes to all 100 Senate offices on Monday, but the campaign really took off after it garnered attention on the website Reddit and on social media.

The faxed messages are generated by Internet users who visit faxbigbrother.com or stopcyberspying.com -- or who simply send a message via Twitter with the hashtag #faxbigbrother. To send all those faxes, Fight for the Future set up a dedicated server and a dozen phone lines and modems they say are capable of sending tens of thousands of faxes a day.

Fight for the Future told CBS News that it has so many faxes queued up at this point, that it may take months for Senate offices to receive them all, though the group is working on scaling up its capability to send them faster. They're also limited by the speed at which Senate offices can receive them.

Feinstein's office told CBS that it has received some faxes but "not a high number."

Earlier in the year, dozens of cybersecurity academics and civil society organizations sent a letter to Congress expressing their concern that CISA would threaten civil liberties without improving cybersecurity.