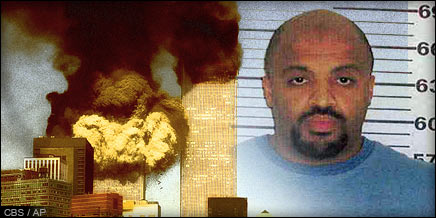 A dog lover has sued the American Kennel Club (AKC) over standards and rules that say some breeds must have their tails cut off or "docked" if they are to be considered for top honors at dog shows.

Jon H. Hammer, a lawyer who lives in Tarrytown, says in court papers that tail docking is routinely done without anesthesia purely for cosmetic reasons and has no physical benefit whatsoever for the animal.

"Such a procedure causes unnecessary and extreme physical pain and injury, and by reason of the customary absence of anesthesia, is carried out in a patently sadistic manner," Hammer's court papers say.

Hammer said he has a 6-month-old, brown and white Brittany spaniel with a 10-inch tail. Under AKC-approved standards calling for docked tails on that breed, his pooch "Spooner" is effectively barred from competition, he said.

"My dog's tail is not docked, and will not be docked," Hammer said when reached at home late Wednesday. "It is of no benefit to the dog. It is painful, and it shouldn't be done."

Hammer says in papers filed Tuesday in Manhattan's State Supreme Court that he wants a judge to declare that tail docking violates the state's laws against cruelty to animals and to bar its practice in New York.

The lawsuit names the AKC and the American Brittany Club Inc. (ABC) as defendants. The ABC is the so-called "parent club" which sets the standards for the breed, and submits them to the AKC for approval, Hammer said.

David Roberts, director of special services for the AKC, says his club's standards are for the Brittany to have no tail or to have a tail no longer than four inches.

A dog can compete with any tail length, Roberts said, but if it is longer than the standards call for, then the animal is "severely penalized."

Roberts, who said he owns cocker spaniels -- another breed usually seen with docked tails -- was aware of Hammer's lawsuit but said he had no comment.

Mary Jo Trimble, secretary of the ABC, said she had corresponded with Hammer. She said he first wrote and requested a list of the standards, and then he demanded that the standards be changed.

Trimble who said she raises Brittany spaniels, including a national champion said docking, along with other standards, has valid origins. In hunting animals, for example, a docked tail was originally meant to prevent injury.

Trimble also Sait it is true that the tails of newborn puppies used to be docked without anesthesia. She said that because of undeveloped nerve endings, the pain is believed to be minimal. Now, however, a local anesthetic is used, she said.