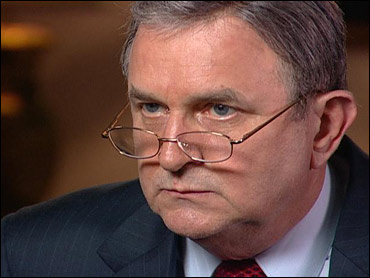 Dr. James Shortt calls himself a "longevity physician." He promises to help his patients live better in the hopes they'll live longer.

To many of his longtime patients, he's a savior, a physician on the cutting edge of alternative treatments.

But the death of one of his patients has been ruled a homicide, and investigators have been combing through his files, looking for more.

At issue is the unconventional use of a cheap, readily available chemical, a chemical you probably have in your medicine cabinet right now.

"If I am such a clear and present danger and a murderer, I should be in jail by now," says Shortt, who despite a criminal investigation, is still treating patients in his office on the outskirts of Columbia, S.C.

Shortt got his medical degree on the Caribbean island of Montserrat, and has been practicing now for 13 years. Being a "longevity physician" didn't seem to bother anyone until one of his patients wound up dead.

It turns out Shortt gave her an infusion of a chemical, hydrogen peroxide, that he's given a lot of his patients. It's normally used to clean cuts and scrapes, and has never been FDA-approved for internal use. But Shortt has been putting it in his patients' veins, because he believes hydrogen peroxide can effectively treat illnesses from AIDS to the common cold.

"I think it's an effective treatment for the flu," says Shortt, who also believes that it's effective for multiple sclerosis, Lyme disease, and "as adjunctive therapy" for heart disease. "Things that involve the immune system, viruses, bacteria, sometimes parasites."

He's not the only physician using this treatment. On the Internet, intravenous hydrogen peroxide is just one of a number of alternative therapies touted as a secret cure the medical establishment doesn't want you to know about. There's even an association that says it's trained hundreds of doctors how to administer it.

The theory is that hydrogen peroxide releases extra oxygen inside the body, killing viruses and bacteria. Shortt's patients, who get vitamins and nutrients intravenously, swear by hydrogen peroxide, even though there are no large-scale studies that prove it works.

Shortt diagnosed Luann Theinert with allergies, asthma, mononucleosis, and Lyme disease. She says hydrogen peroxide is the only thing that's helped: "When I first came here, I could not walk down the hall. I could hardly breathe."

Stories like hers helped convince Katherine Bibeau, a medical technologist, to travel all the way from Minnesota to see Shortt. Bibeau, a wife and mother of two, had been battling multiple sclerosis for two years, and was looking for any treatment that might keep her out of a wheelchair.

According to her husband, Shortt said hydrogen peroxide was just the thing. "He had said that there was other people who had been in wheelchairs, and had actually gone through treatment and were now walking again," says David Bibeau.

It didn't worry the Bibeaus that Shortt wasn't affiliated with any hospital or university – and that insurance didn't cover most of his treatments.

"He was a licensed medical doctor in Carolina," says Bibeau. "So I put my faith in those credentials."

Last March, Shortt gave Katherine Bibeau an infusion of hydrogen peroxide. According to his own records, she complained of "nausea," "leg pain," and later "bruises" with no clear cause.

"She went Tuesday, she went Thursday. And by 11 o'clock on Sunday, she died," says Bibeau. He says Shortt never told him or his wife about any serious risks. "Even if it wasn't effective, it should not have been harmful."

Dr. Clay Nichols is the pathologist who conducted the autopsy. "I was pretty well flabbergasted that somebody would administer this type of therapy intravenously," he says. "I never heard of it before. I would – started questioning myself. Did I miss something in med school?"

In his autopsy report, Nichols says Katherine Bibeau died from "systemic shock" and "DIC," a disorder in which the blood loses its ability to clot. Nichols blames Shortt's treatment, saying "this unfortunate woman died as direct result of ... infusion of hydrogen peroxide." The finding led Richland County's coroner to rule Katherine Bibeau's death a "homicide."

Why did Nichols say it was a homicide? "Because it was a deliberate act to put unapproved drugs into her veins," he says.

Did Shortt intend to kill Katherine Bibeau? "Of course not. And the idea is to bring them back," says Nichols. "This is a cash cow for the people who practice this type of medicine."

And he's not the only one who thinks so. The National Multiple Sclerosis Society calls intravenous hydrogen peroxide "unproven" and "potentially dangerous." The American Cancer Society warns "there is no evidence that it has value as a treatment for cancer or other diseases."

If you search the medical literature, you won't find any rigorous scientific studies showing this treatment works. You will, however, find a number of cases in which hydrogen peroxide, used internally, caused fatal embolisms and blood disorders.

Shortt argues he's using something different from what caused those deaths, and different from what you can buy in the store. It's a solution that's much more highly diluted and of better quality. He says he's given it to more than 2,000 patients, and it's never harmed anyone, including Katherine Bibeau.

"I didn't hurt that woman. I didn't kill her," says Shortt. "I think it was an unfortunate interaction between her condition and certain medications."

Those medications were prescribed by Katherine Bibeau's physicians in Minnesota to treat multiple sclerosis. The drugs can have serious side effects, but she had been taking them for a year and a half with no apparent problems.

"I believe it's strictly a coincidence," says Shortt, who adds that he can't see how it could have anything to do with hydrogen peroxide.

"He's a dressed-up snake oil salesman with an M.D. after his name," says attorney Richard Gergel, who is suing Shortt on behalf of the Bibeau family.

Gergel says South Carolina's board of medical examiners should have moved to suspend Shortt's license immediately after Katherine Bibeau's death was ruled a homicide.

"It's up to the medical boards to protect the public from people who prey on those who have no cure," says Gergel.

But how about the thousands of patients around the country who have taken this treatment and say it works?

"Well, of course, we all know there's a placebo effect on medications, and that's why you set up a double blind study," says Gergel. "And you try to see both short-term and long-term whether there's any real effect. You don't rely on anecdotal findings. That's not the way we do things."

But Shortt disagrees. "Approximately half of what's done in medicine is not proven," he says. "I know that hydrogen peroxide works because I've watched what happens to patients when I deliver it."

He says he's terrified that there could be other Katherine Bibeaus out there.

These concerns prompted South Carolina's law enforcement division to investigate. In September, detectives seized all of Shortt's records. And then, a former patient, who spent many hours in Shortt's infusion room, came forward with allegations of her own.

"I absolutely believe it was a complete racket," says Janet Bate. "Absolutely."

Bate's husband, Michael, a retired Boeing engineer, was being treated by an oncologist for advanced and incurable prostate cancer. He went to Shortt, desperate to improve his odds. But it wasn't long before Bate became a patient as well. She says Shortt diagnosed her with Lyme disease, and said her husband had it, too.

"They would tell us that it was sexually transmitted from one to the other," says Bate. "So a husband could have it and then the wife could have it."

But according to the Centers for Disease Control, that's impossible. Lyme disease is transmitted by ticks.

"That's the official explanation," says Shortt. "I'm saying there's a potential that there are other means of transmission, and that we may very well have a greater spread of this problem."

Bate says she and her husband paid Shortt at least $26,000 over the course of eight months, hoping it would help Michael Bate live longer, just as the doctor's sign says.

"Longevity physician. Makes me laugh now because he sure shortened my husband's, hastened his death," says Bate.

She charges that Shortt's treatment hastened her husband's death, because in addition to giving Michael Bate hydrogen peroxide, Shortt also wrote a prescription for testosterone cream. It's a treatment that Bate believes was contrary to the standard of care and the efforts of her husband's oncologist.

Bate's oncologist had been giving him medicine to lower his testosterone levels. Bate says her husband applied the cream without telling his oncologist; that's when his condition rapidly got worse.

Shortly before he died last July, doctors re-tested Michael Bate for Lyme disease. According to those tests, he didn't have it. And neither did his wife.

"I get the feeling now, looking back, like we were being fleeced," says Bate. "And I am angry about that. I have a lot of anger."

When her husband died, Bate was suspicious, but not enough to request an autopsy. Michael Bate was cremated. Authorities are now investigating his death, in addition to Katherine Bibeau's.

Bate has hired the same attorney who is representing the Bibeau family, Richard Gergel.

"Dr. Shortt's office appears to be a crossroads for every medical scam out there. Phony Lyme disease test. Hydrogen peroxide to cure any condition the traditional medical community can't cure," says Gergel. "I think it's going to be a rich repository of a problem which I think extends far beyond South Carolina."

Shortt denies the testosterone cream he prescribed hastened Michael Bate's death, but he won't say anything more than that, citing patient confidentiality. He insists, however, he's done nothing wrong.

Is his practice some sort of scam for money? "No, I don't make much," says Shortt. "This is a mission for me."

Bate feels she's got a mission now as well, to warn people how vulnerable we all are when faced with terminal illness.

"Right now, as we speak even here, there are thousands of people sitting on their Internets in catastrophic conditions of health. They're going to their Internet site, typing in whatever they can, trying to find out what they can use to find hope," says Bate. "I've only been a widow for two-and-a-half months, and I don't want this to happen to anybody else."

Six months after Katherine Bibeau's death, South Carolina's board of medical examiners moved to suspend Shortt's license. A disciplinary hearing is scheduled for later this month.

For the time being, Shortt has agreed to stop using hydrogen peroxide, but he's still in business, still seeing patients. If you look him up tonight on the state licensing board's Web site, you'll find James Shortt listed as a doctor "in good standing."