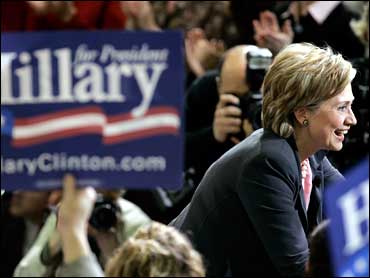 
Have you seen the anti-Hillary ad that's running on YouTube?

If you remember the ad, the masses are assembled to watch when someone runs through the crowd and throws a hammer through the screen. The screen shatters, and in the YouTube version, the screen reads "Why 2008 Won't Be Like 1984."

As of this writing, the video has more than 900,000 hits. Barack Obama's campaign says it has nothing to do with the video, even though the video ends with the URL of his campaign. No one knows who produced it — or why. Some have already speculated that it was done by Republicans.

What it means is this: Anyone with a Mac and a mouse and a good idea can create and deliver political propaganda — and that if the message is interesting enough, it will be viewed by the masses. Blogs have changed the political landscape, but this is an earthquake.