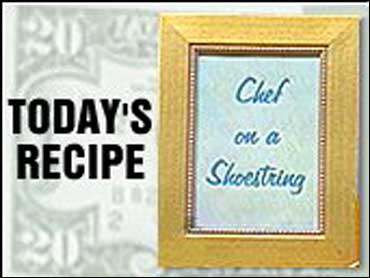 Cookbook author Art Smith cooks a three-course meal from his new book, "Back to the Table: A Reunion of Food and Family."

Smith grew up in the small farming town of Jasper, Fla. While attending Florida State University, he completed two pretigious internships with The Greenbrier resort and also was selected for the Walt Disney Magic Kingdom college program.

At the age of 24, he was hired by then-Florida Gov. Bob Graham (now a U.S. senator) and his wife, Adele, as executive chef at the Florida governor's mansion. Then, he spent time traveling the world as a family chef aboard several trans-Atlantic motor yachts.

Since the spring of 1997, he has been the personal chef to Oprah Winfrey and Stedman Graham. He is a contributing editor to "O" magazine and writes for the food page of Oprah.com.